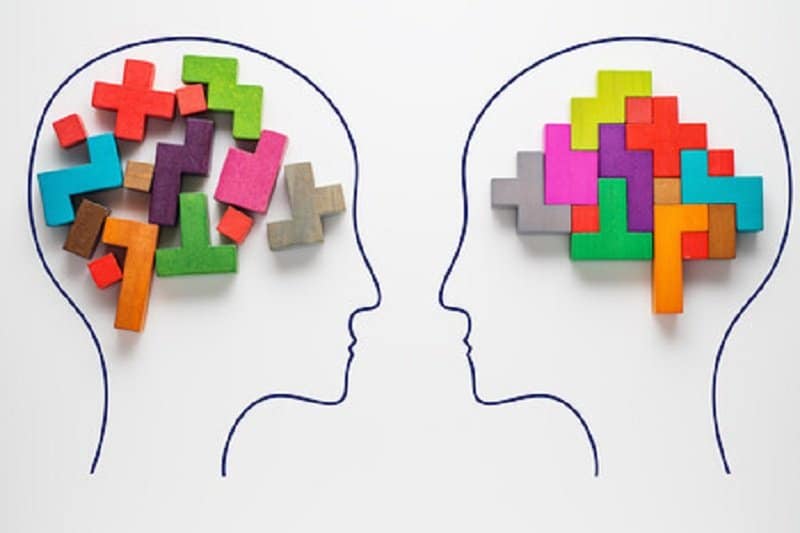 Who is Carl Rogers and what does his personality theory and 3 part guidance for therapists have to do with your life? The answer is, quite a bit more than you might have realized!

Carl Rogers was a psychologist and theorist from the early 1900s. He belonged to the humanistic perspective school of thought and strongly disagreed with Freud’s pessimistic view of human nature. His distaste for how Freud saw the world led him to develop his own theory, known as the Self-Actualization Theory.

His hypothesis, and the way he encouraged the relationship between therapists/psychoanalysts and their patients, had long-lasting effects on the mental health community. In fact, he is often referred to as one of the founding fathers of psychotherapy.

Just who was Carl Rogers?

Carl Rogers received his doctorate degree in psychology in 1931 from Teachers College, Columbia University. However, he didn’t set out to become a pioneer in psychology; he actually began his educational pursuits at seminary school. He left seminary school and became an atheist, although he later saw himself as agnostic.

In 1939, while he was the director of a child guidance clinic, the Society for the Prevention of Cruelty to Children, his position came under fire from orthodox psychiatrists. They did not have an issue with his work, but rather the idea that a “nonmedical practitioner” should have such a leadership role within a mental health organization. Rogers won that battle, and years later when he established a counseling center at the University of Chicago and was met with similar concerns, he prevailed again.

He has written several books, was elected president of the American Psychological Association and was elected a Fellow of the American Academy of Arts and Sciences. He worked closely with Maslow to spearhead the humanistic psychology movement, which really grew popular in the 60s. It is this work that sets Rogers apart and impacts your life still today.

“Am I living in a way which is deeply satisfying to me, and which truly expresses me?”― Carl R. Rogers

What are the cornerstones and objectives of Rogers’ theory?

Rogers wanted to correct the idea that Freud had hypothesized with his belief that human nature was bad and governed by sexual and aggressive instincts. This was far too pessimistic a view for Rogers, who, compared to Freud, was the epitome of an optimist, from which hope springs eternal.

Rogers posited human beings were innately good and fueled by a desire to develop our healthy potentials and reach “actualization.” He also set out to prove that psychopathology happens when parenting is harmful to the child. This causes the child to abandon their own quest for actualization in favor of retaining their parent’s love and respect.

Rogers also believed that personality relied far more on the conscious aspects, unlike Freud, who believed personality was governed almost solely from an unconscious level. A difference here is that you can not measure or document that which can not be seen or understood, which had been a concern regarding Freud’s theory.

Rogers began recording or transcribing sessions so that he would have a way to use empirical research and data. He also defined the concept of self and illustrated the role it plays in understanding personality.

Another thing that Rogers understood was that there should be equality amongst human beings in all relationships. This held true for the parent-child relationship and the therapist-patient relationship.

What are the 3 components of Carl Rogers’ ‘Client-Centered Therapy?’

Rogers felt that effective psychotherapy required a constructive relationship between both parties, and required that therapist be genuine, show unconditional positive regard, and be empathetic. He felt this would enable the client or patient to truly explore themselves, which he believed was the way to self-actualization. Each of the three components is necessary for self-development and growth to occur.

The first component is actually referred to as congruency. Congruency is also called “genuineness” because in order for there to be a healthy union between the “organismic valuing process” (the ability to value experiences we see as actualizing, like speaking with our therapist) and the self-concept (a sense of differing from other people) we have to believe that the person talking us through our problems is being real and authentic.

This helps us build trust with our therapists, not only in the sense that they will not reveal our deepest feelings to someone else and betray our trust, but also that they are not judging us. There are few other things in the world more vulnerable than exposing just how insecure or scared, or even downright crazy you can be sometimes.

The second component that Rogers believed should exist between the therapist and client relationship is unconditional positive support. This means that you accept and respect someone else’s feelings and version of themselves in a non-judgy way. It also means that you care about someone else, in a way that is not possessive.

These traits are things that are important for a therapist to have. I don’t want to think that my therapist is going to judge me when I tell her my darkest secrets, and if I think she is going to judge me, then I wouldn’t tell her. And that would defeat the entire purpose of even spending any time in her office at all.

The last component that makes up an effective relationship between a therapist and a client is empathy. While most people don’t want their therapist to judge them, they want them to feel something. And given the kinds of topics that could come up in a therapy session, that thing they are looking for from their therapist is empathy.

My therapist tells me all the time that she doesn’t have childhood trauma of her own to draw from and understand what I went through, but she has enough of an understanding to see it from my perspective. She has empathy, and that makes her easy to talk to you and open up to. Which helps me learn things I can use to grow and have a better life.

“In my early professional years, I was asking the question: How can I treat, or cure, or change this person? Now I would phrase the question in this way: How can I provide a relationship which this person may use for his own personal growth?” ― Carl R. Rogers

What can you do with all this information in your everyday life?

You can use all of this information about Carl Rogers’ theory to live your best life possible. Sure, critics of the theory say that he was too optimistic, in much the same way Freud was too pessimistic about humans, but really there is a lot of good information even if he doesn’t answer all the questions we still have about defines the human personality,

The biggest part of his theory was the quest for self-actualization, which is defined as “fulfilling one’s own innate potentials.” It is the highest and pleasurable need humans have (according to Rogers). It is also difficult to recognize and satisfy.

Now, I might be a bit of an eternal optimist myself, but even if he’s wrong, think about how fulfilled, happy, and purposeful you would feel if you lived every day following your innate sense of self, and discovering who you are.

Now there are more details in his theory like metaneeds, instinctoid needs, and growth motives that factor into how we achieve self-actualization. However, one of my most favorite things that Rogers mentions in his theory is the idea of “peak experiences.”

These experiences are described as a “mystical and awesome experience that represents highest and healthiest form of human functioning.” I can think of a few of these for myself. There are my graduation days, my wedding day, my honeymoon, the birth of my kids, our first major vacation out of the country as a family, and a few others. Imagine making it your life’s goal to fill it with as many peak experiences as one life could possibly hold. What would you want to do? What would a life of mystical experiences look like to you?

Looking at life from the perspective of gratefulness might make even some less exciting experiences feel like peak experiences. Figuring out who you are and what makes you feel happy and fulfilled seems like a fabulous way to live life. Will we reach self-actualization or will humans always struggle with what makes us who we are? This is one of those times where I think the journey might be more important than the destination. Happy adventuring and good luck chasing down the peak experiences that will make up your life.

“There is direction but there is no destination.” ― Carl R. Rogers