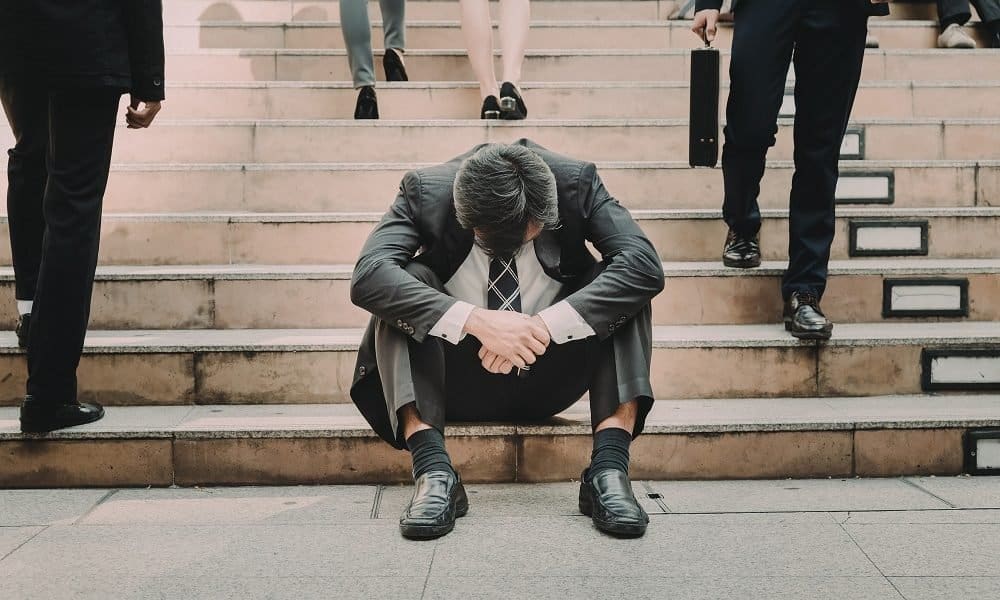 If you haven’t already, you will one day fail. It might be in a professional endeavor or something more personal, but you will experience failure in life.

Sorry, let me rephrase that.

One day, you will fail if you haven’t already, AND you will remember it.

You’ve already failed many times to get to where you are today – but you’ve simply forgotten what it felt like. Or maybe it wasn’t that significant a failure so it didn’t hurt that much. That’s why it didn’t leave a mark.

Maybe when you were younger, you were better at handling failure. Perhaps because it wasn’t on display for all to see, so you quickly moved on.

Coming up short is inevitable. When it happens, you can walk away and do the same thing – OR you can take a look how to accept such failure; look for that hidden message, and then move forward.

Failure in Life: It’s Not Always You

We generally presume that the hidden message in all of our failures is US. It must be us: after all, we are the only consistent piece in our disappointments so that must be it – there is something wrong with us.

Except it’s not. It’s simply another variable in the equation.

Can you with 100 percent certainty attribute all your successes to you?  No luck? No help from others?

Take a Step Back

In every failed attempt, the message is always there. But it’s only when we’ve stepped back from it, when we’ve taken a moment to look hard, that we finally understand it.

Imagine a chessboard. Have you ever noticed when someone loses they don’t get up immediately to walk away? They sit there staring at the board, walking around it, soaking it in, and trying to understand where they went wrong? What they could have done better?

They aren’t sitting there stewing over their last move, cursing the last play that made them lose the game. They are recalling all the events in their head that led up to that moment to see where they went wrong. This is so they can find the true point of failure. Once they find that point, they will then see the hidden message.

“I should have this move, six moves ago.”

“I should have spent more time evaluating my business partner.”

“The market moved sooner than I thought.”

Better yet, if you can’t find it, invite others to take a look and see if they can. It’s there – but often, even after we have taken a step back, it’s quite hard to separate the subjective and objective sides of our brain. So instead, we get frustrated and walk away.

Bringing in a fresh set of eyes is a great way to have someone point out something that you’ve been staring at for days but going nowhere with.

It’s not always easy. That’s why people so often miss the message in their failure in life because they aren’t willing to invite others to look at what went wrong and what they should take from it.

When we invite someone to look at our problem, it raises up all those feelings of others knowing that we didn’t make it. That we goofed up, that we made a mistake, that things went sideways, and now here we are.

If you want the message, if you want to grow, if at first you can’t figure it out even after stepping back, then the next logical step is to have someone look at it for you.

50 The Rolling Stones Quotes From Their Legendary Songs