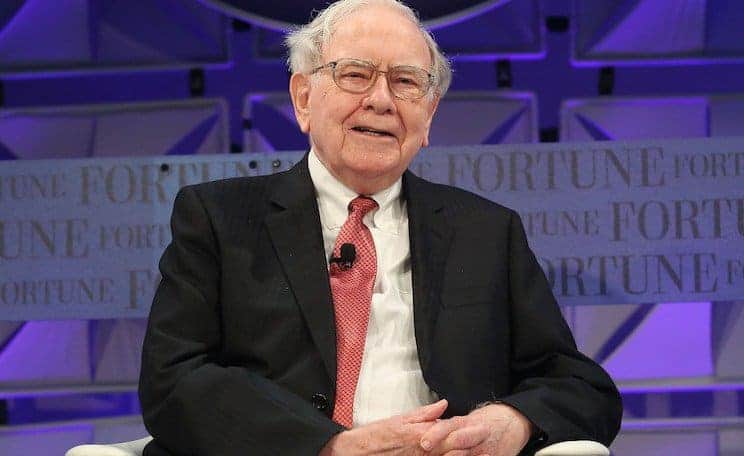 Looking for inspirational Warren Buffett quotes about wealth and success?

On August 30, 1930, Warren Edward Buffett was born as the only son in the family of Howard and Leila Stahl Buffett in Omaha, Nebraska.

Buffett’s interest in business and finances was apparently by the time he reached early childhood, which was emphasized by the fact that he was a mathematical prodigy.

He made his first investment at only eleven years old, and by thirteen, Buffett was running his own business as a paperboy while selling his horse racing tip sheet.

Also at thirteen, he filed his first tax return, with a thirty-five dollar tax deduction for his bike.

Buffett’s money-making ventures continued throughout his teen and high school years, and at the young age of only sixteen, he enrolled at the University of Pennsylvania to study business.

After two years there, he transferred to the University of Nebraska to finish his degree, with nearly $10,000 to spare from his childhood money-making ventures.

Warren Buffett: A Look Into His Life

In 1956, Buffet created the firm Buffett Partnership Ltd. In Omaha, his hometown.

Using the techniques learned, he was successful in becoming a millionaire.

In spite of the success Buffett found in Buffett Partnership, he dissolved the firm in 1969 to focus on Berkshire Hathaway’s development.

Berkshire Hathaway previously focused on textile manufacturing, but he phased that department out and instead bought assets like The Washington Post, GEICO, and Exxon.

He was so successful that he became known as the “Oracle of Omaha” and even turned around the scandal-ridden Salomon Brothers in 1987.

After Berkshire Hathaway heavily invested in Coca-Cola, Buffett was the director of the company from 1989 to 2006, along with being the director of Citigroup Global Markets Holdings, Graham Holdings Company and The Gillette Company for a number of years.

In June 2006, Buffett gave away “his entire fortune” to charity, 85 percent of which went to the Bill and Melinda Gates Foundation, becoming the largest act of charitable giving in U.S. history.

Despite being diagnosed with prostate cancer in 2012, Buffett underwent treatment successfully and continues to rank near the top of the Forbes world billionaires list, due to his consistent buying and selling of companies.

If you’re looking for Warren Buffett quotes to inspire you in your endeavors, you’ve come to the right place.

Also, check out our list of real estate quotes that will inspire you to invest.

1. Someone is sitting in the shade today because someone planted a tree a long time ago. – Warren Buffett

2. Risk comes from not knowing what you’re doing. – Warren Buffett

4. Wall Street is the only place that people ride to in a Rolls Royce to get advice from those who take the subway. – Warren Buffett 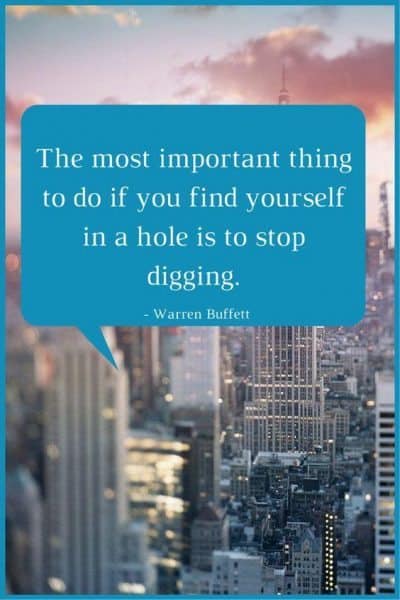 7. In the business world, the rearview mirror is always clearer than the windshield. – Warren Buffett 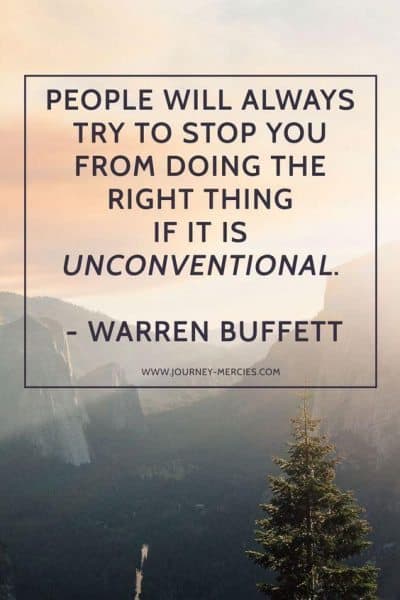 9. I think that both parties should declare the debt limit as a political weapon of mass destruction which can’t be used. I mean, it is silly to have a country that has 237 years building up its reputation and then have people threaten to tear it down because they’re not getting some other matter. – Warren Buffett

10. The rich are always going to say that, you know, just give us more money and we’ll go out and spend more and then it will all trickle down to the rest of you. But that has not worked the last 10 years, and I hope the American public is catching on. – Warren Buffett 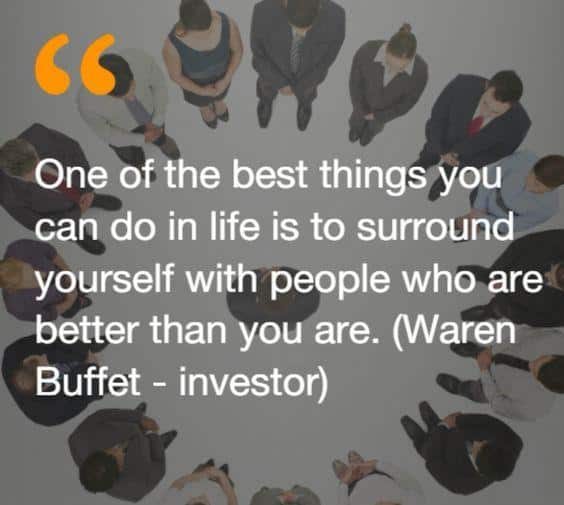 11. Only when the tide goes out do you discover who’s been swimming naked. – Warren Buffett

12. The only way to get love is to be lovable. It’s very irritating if you have a lot of money. You’d like to think you could write a check: ‘I’ll buy a million dollars’ worth of love.’ But it doesn’t work that way. The more you give love away, the more you get. – Warren Buffett 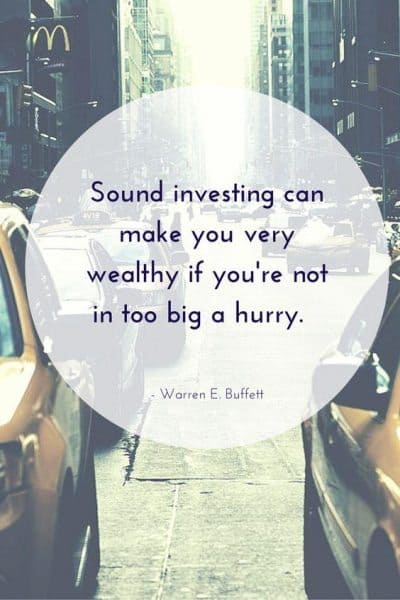 14. I would say the most satisfying thing actually is watching my three children each pick up on their own interests and work many more hours per week than most people that have jobs at trying to intelligently give away that money in fields that they particularly care about. – Warren Buffett

15. Chains of habit are too light to be felt until they are too heavy to be broken. – Warren Buffett 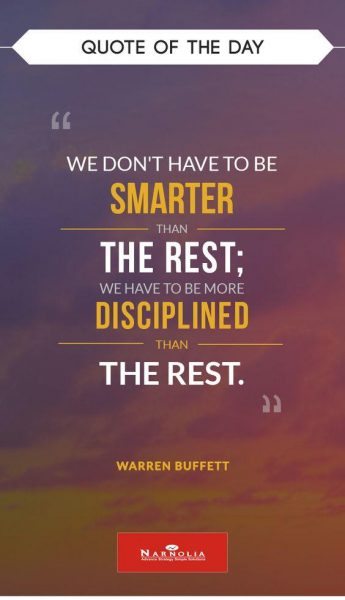 17. I never attempt to make money on the stock market. I buy on the assumption that they could close the market the next day and not reopen it for five years. – Warren Buffett

18. There seems to be some perverse human characteristic that likes to make easy things difficult. – Warren Buffett

19. I sent one e-mail in my life. I sent it to Jeff Raikes at Microsoft, and it ended up in court in Minneapolis, so I am one for one. – Warren Buffett 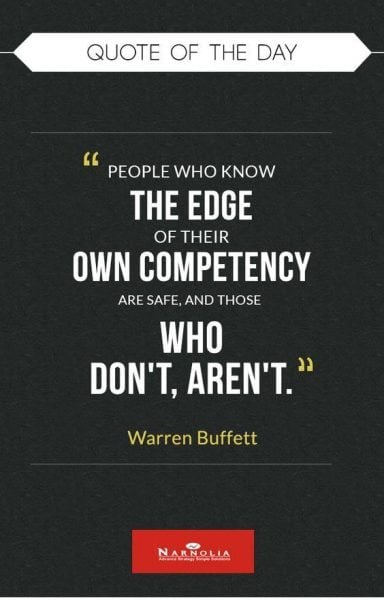 21. “Somebody once said that in looking for people to hire, you look for three qualities: integrity, intelligence, and energy. And if you don’t have the first, the other two will kill you. You think about it; it’s true. If you hire somebody without [integrity], you really want them to be dumb and lazy.”  – Warren Buffett

23. “Someone’s sitting in the shade today because someone planted a tree a long time ago.”  – Warren Buffett

24. “If you’re in the luckiest one per cent of humanity, you owe it to the rest of humanity to think about the other 99 per cent.”  – Warren Buffett

25. “The most important thing to do if you find yourself in a hole is to stop digging.” – Warren Buffett 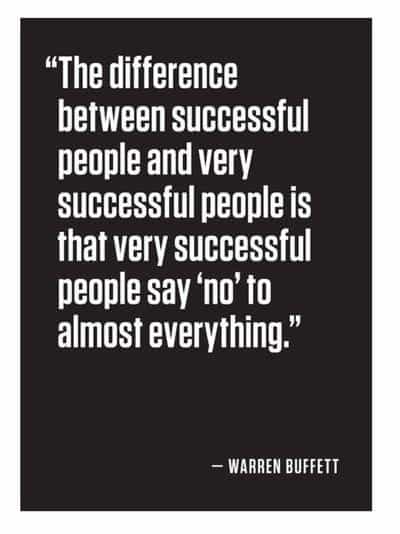 26. “I insist on a lot of time being spent, almost every day, to just sit and think. That is very uncommon in American business. I read and think. So I do more reading and thinking, and make less impulse decisions than most people in business. I do it because I like this kind of life.” – Warren Buffett

27. “Risk comes from not knowing what you’re doing”  – Warren Buffett

29. “There comes a time when you ought to start doing what you want. Take a job that you love. You will jump out of bed in the morning. I think you are out of your mind if you keep taking jobs that you don’t like because you think it will look good on your resume. Isn’t that a little like saving up sex for your old age?”  – Warren Buffett

30. “It takes 20 years to build a reputation and five minuted to ruin it. If you think about that you’ll do things differently.”  – Warren Buffett

31. “No matter how great the talent or efforts, some things just take time.”  – Warren Buffett

35. “You never know who’s swimming naked until the tide goes out.”  – Warren Buffett 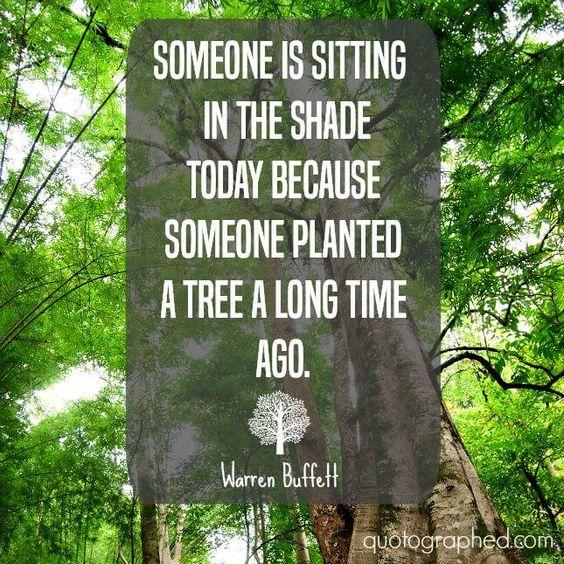 36. “You can’t produce a baby in one month by getting nine women pregnant.”  – Warren Buffett

37. “You only have to do a very few things right in your life so long as you don’t do too many things wrong.”  – Warren Buffett

39. What an investor needs is the ability to correctly evaluate selected businesses. Note that word “selected”: you don’t have to be an expert on every company, or even many. You only have to be able to evaluate companies within your circle of competence. The size of that circle is not very important; knowing its boundaries, however, is vital. – Warren Buffett 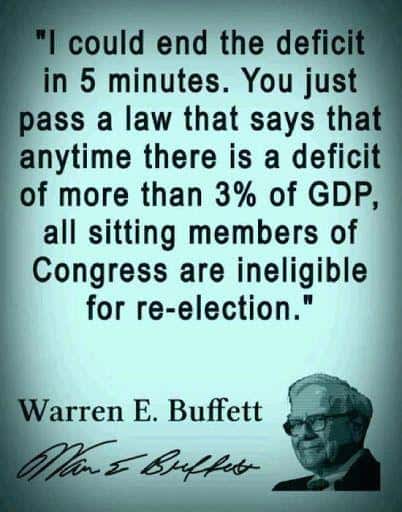 40. “I’ve seen more people fail because of liquor and leverage — leverage being borrowed money. You really don’t need leverage in this world much. If you’re smart, you’re going to make a lot of money without borrowing.” – Warren Buffett

42. “I tell college students, when you get to be my age you will be successful if the people who you hope to have love you, do love you.” – Warren Buffett 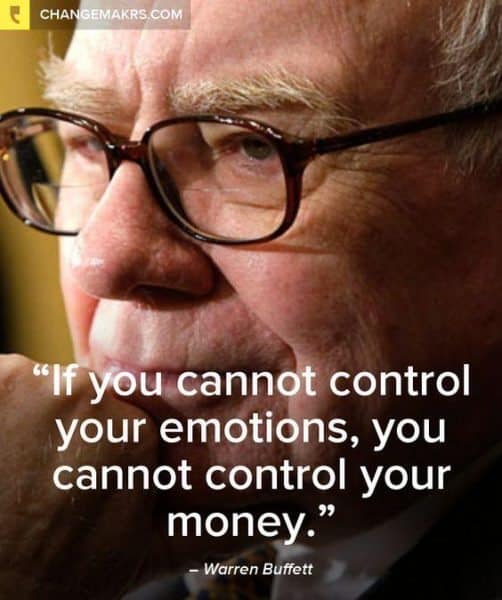 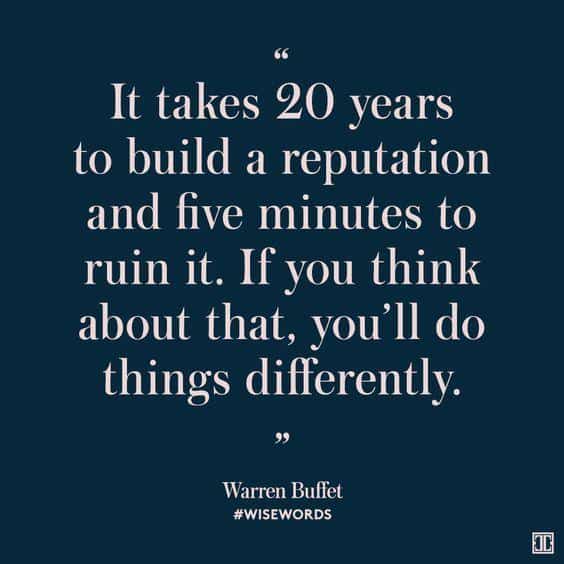 46. “If you aren’t willing to own a stock for ten years, don’t even think about owning it for ten minutes. Put together a portfolio of companies whose aggregate earnings march upward over the years, and so also will the portfolio’s market value.” – Warren Buffett

47. “Diversification is a protection against ignorance. It makes very little sense for those who know what they’re doing.” – Warren Buffett

48. “Opportunities come infrequently. When it rains gold, put out the bucket, not the thimble.” – Warren Buffett

49. “It takes 20 years to build a reputation and five minutes to ruin it. If you think about that, you’ll do things differently.”  – Warren Buffett

51. “It’s only when the tide goes out that you discover who’s been swimming naked.”  – Warren Buffett

52. “One can best prepare themselves for the economic future by investing in your own education. If you study hard and learn at a young age, you will be in the best circumstances to secure your future.”  – Warren Buffett

53. “The best thing that happens to us is when a great company gets into temporary trouble…We want to buy them when they’re on the operating table.”  – Warren Buffett

54. “Read 500 pages like this every day. That’s how knowledge works. It builds up, like compound interest. All of you can do it, but I guarantee not many of you will do it.”  – Warren Buffett

55. “An investor should act as though he had a lifetime decision card with just twenty punches on it.”  – Warren Buffett

56. “You are neither right nor wrong because the crowd disagrees with you. You are right because your data and reasoning are right.”  – Warren Buffett

58. “Don’t get caught up with what other people are doing. Being a contrarian isn’t the key but being a crowd follower isn’t either. You need to detach yourself emotionally.”  – Warren Buffett

59. “The most important investment you can make is in yourself.”  – Warren Buffett

61. “What the wise do in the beginning, fools do in the end.” – Warren Buffett

62. “You’ve gotta keep control of your time, and you can’t unless you say no. You can’t let people set your agenda in life.” – Warren Buffett

63. “People always ask me where they should go to work, and I always tell them to go to work for whom they admire the most.” – Warren Buffett

64. “Every saint has a past. Every sinner has a future.” – Warren Buffett

65. “Life is like a snowball. The important thing is finding wet snow and a really long hill.” – Warren Buffett

66. “Never give up searching for the job that you are passionate about.” – Warren Buffett

68. “The rich invest in time, the poor invest in money.” – Warren Buffett

Which of these Warren Buffett quotes is your favorite?

How To Deal With Regret