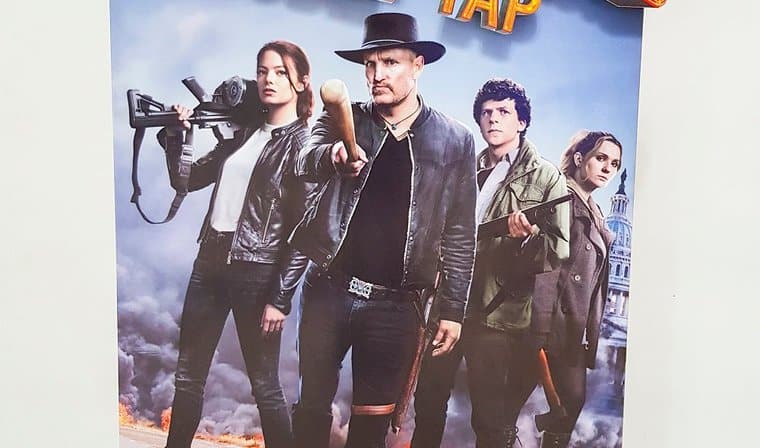 There have been a lot of zombie movies and television shows that have been popular over the last several decades. Most of them take the same type of approach. They are frightening and try to portray what the apocalyptic world would be like as realistically as they can. Zombieland is not like the others.

Zombieland takes a comedic approach to a world full of zombies. It follows the story of a college-aged kid who meets up with three strangers as they travel across the country looking for anywhere that is free from zombies.

When you’re used to the traditional zombie movie, you can’t help but laugh at this movie. And if you’re a fan of the movie, you’ll like these Zombieland quotes.

Don’t forget to also check out these Shadow and Bone quotes that will help you gear up for the 2nd season of the show.

1. “I hate coconut! Not the taste, the consistency.” – Tallahassee

3. “I’ve never been good with farewells so… that’ll do, Pig.” – Tallahassee

7. “Where are you, you spongy, yellow delicious bastards?” – Tallahassee

8. “You want to feel how hard I can punch you?” – Tallahassee

10. “Oh America. I wish I could tell you that this was still America, but I’ve come to realize that you can’t have a country without people. And there are no people here. No, my friends. This is now the United States of Zombieland. It’s amazing how quickly things go from bad to total shitstorm.” – Columbus

11. “Is that how you say hello where you come from?” – Bill Murray after Columbus shoots him

12. “The first rule of Zombieland; Cardio. When the virus struck, for obvious reasons, the first ones to go were the fatties.”

13. “… which leads me to my second rule; the double-tap. In those moments when you’re not sure the undead are really dead-dead, don’t get all stingy with your bullets. I mean, one more clean shot to the head.”

15. “You have to focus on your own survival, which leads to Rule #4. Pretty basic. Fasten your seatbelts. It’s gonna be a bumpy ride.”

16. “Another rule to surviving Zombieland: ‘Travel light’ And I don’t mean just luggage.”

18. “I mean, you probably get this all the time. Maybe not lately, but I’m such a huge fan of yours. You know, I swear, I’ve seen every one of your movies a million times. I even loved your dramatic roles and just everything. Six people left in the world and one of them is Bill f***ing Murray.” – Tallahassee

20. “My momma always told me someday you’ll be good at somethin’. Who’d have guessed that somethin’ would be zombie killin’?” – Tallahassee

21. “We got taken hostages by a twelve-year-old?” – Tallahassee

23. “The best part is no more flushing. Epic.” – Tallahassee

24. “You know, you’re like a penguin on the North Pole who hears the South Pole is really nice this time of year.” – Tallahassee

25. “I can tell already, you’re gunna get on my nerves.” – Tallahassee

29. “Even though teaming up wasn’t my style I figure I’ll be safer with Tallahassee. You see, he was in the ass-kicking business. It became quickly apparent however that he did have one weakness.” – Columbus

30. “You want to know the best thing about Z-land? No Facebook status updates. You know, ‘Rob Curtis is gearing up for Friday.’ Who cares?” – Columbus

33. “Take away a man’s son, you’ve truly given him nothing left to lose.” – Columbus

34. “I could tell she knew what I was feeling we all are orphans in Zombieland.” – Columbus

36. “Are you one of these guys that tries to one-up everybody else’s story?” – Columbus

37. “We are being chased by ravenous freaks. Like we don’t have enough problems. Oh, they stole my hummer. Oh, we have trust issues. Well, get over it!” – Columbus

39. “Ooo, Free Parking! Which, coincidentally, is the best thing about living in Zombieland.” – Wichita

40. “I’ve come to realize that you can’t have a country without people.” – Columbus

44. “You ever see a lion limber up before it takes down a gazelle?” – Tallahassee

45. “I do it to blend in. You know. Zombies don’t mess with other zombies. Buddy of mine, makeup guy, he showed me how to do this. Corn starch. You know, some berries, a little licorice for the ladies. Suits my lifestyle, you know. I like to get out and do stuff. Just played nine holes on the Riveria. Just walked on. Nobody there.” – Bill Murray

48. “So until next time, remember: Cardio, seat belts, and this really has nothing to do with anything, but a little sunscreen never hurt anybody. I’m Columbus, Ohio from Zombieland, saying good night.”﻿

49. “Welcome to Zombieland. Back for seconds? After all this time? Well, what can I say, but thank you. You have a lot of choices when it comes to zombie entertainment, and we appreciate you picking us.” – Columbus

50. “They say when something bad happens, you have three choices. Let it define you, destroy you, or strengthen you.” – Columbus

51. “You don’t have what it takes. I’ll be president. And I nominate Little Rock as my VP.” – Wichita

52. “Cardio! Sorry, I do a lot of cardio too. It’s actually my number one rule, which is so dorky. But I have like a list of rules for surviving Zombieland.” – Columbus

53. “Berkeley told us about this new kind of zombie that’s stronger, and faster, and deadlier, and better adapted to the hunt.” – Wichita

55. “She’s making a good point. Maybe it’s time for you to be the Brave Little Toaster.” – Tallahassee

Which of these Zombieland quotes is your favorite?

The original film premiered back in 2009 and quickly gained popularity becoming the top-grossing zombie film for several years. Ten years later a sequel was released that followed the same characters but did not have the same level of success.

Throughout the original film, there were rules shared on how to survive the zombie apocalypse. Jesse Eisenberg and Woody Harrelson were even featured in some promotional videos that expanded on the list of rules. They ended up with a total of 33 rules.

If you’re curious to hear more of the rules that were shared in these Zombieland quotes and lines, you’re going to have to watch the movie to find out!

50 Heath Ledger Quotes About His Life and Career

If You Want Closure After a Breakup: 6 Things You Need to Know