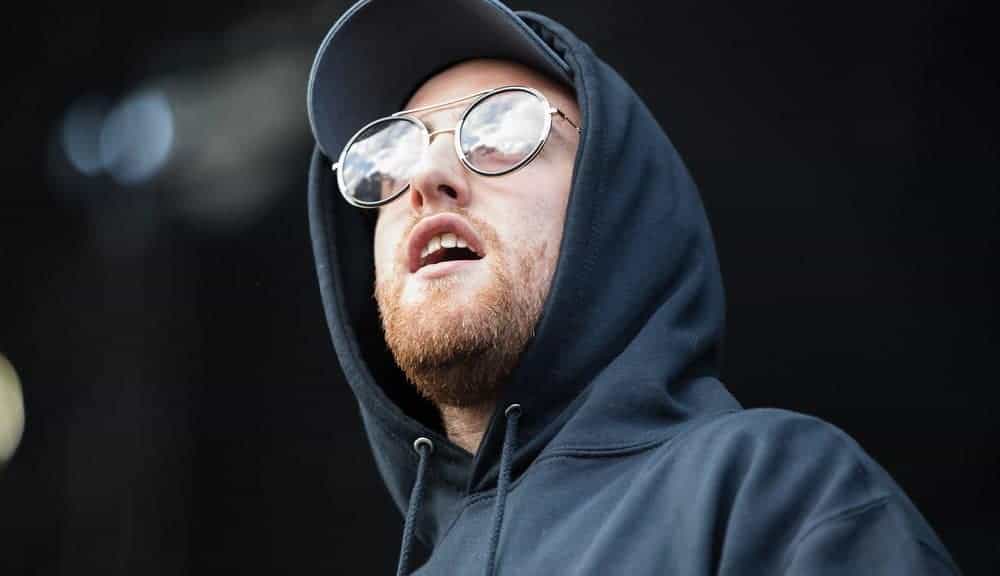 Mac Miller recently passed (on September 7, 2018) of a suspected drug overdose, leaving behind what seems like an unfinished legacy. Miller was a popular American rapper beloved by anyone who knew him, listened to him, or was just getting to know his work and story.

A talented rapper from a young age, he released his first mixtape when he was just 14. By the time he was 17, Miller was attracting the attention of some of the best music labels in the country and signed on to ‘Rostrum Records’ in 2010.

In late 2011, he released his debut studio album, Blue Slide Park. The album debut at number one on the U.S. Billboard 200 chart, becoming the first independently distributed debut album to do so since 1995.

Before his death, Miller had just released his fifth studio album titled “Swimming” in August. And while his first album remains his major work, most of his albums and mixtapes have received positive reviews.

Miller’s tragic passing has provoked a much-needed conversation about the importance of mental health and the need to better understand people recovering from addiction and to help them get the treatment they need. In that respect, here are some inspirational Mac Miller quotes to honor him and to help us reflect on the importance of our mental and emotional well-being.

We also have a compilation of the best J Cole quotes and lyrics from his new album on life & love.

1. “No matter where life takes me, find me with a smile.” – Mac Miller

2. “The life you live is more important than the words you speak.” – Mac Miller

3. Enjoy the best things in your life cuz you ain’t gonna get to live it twice.” – Mac Miller

4. “Someone told me sleep was the cousin of death and followin’ the dollar finds nothin’ but stress.” – Mac Miller 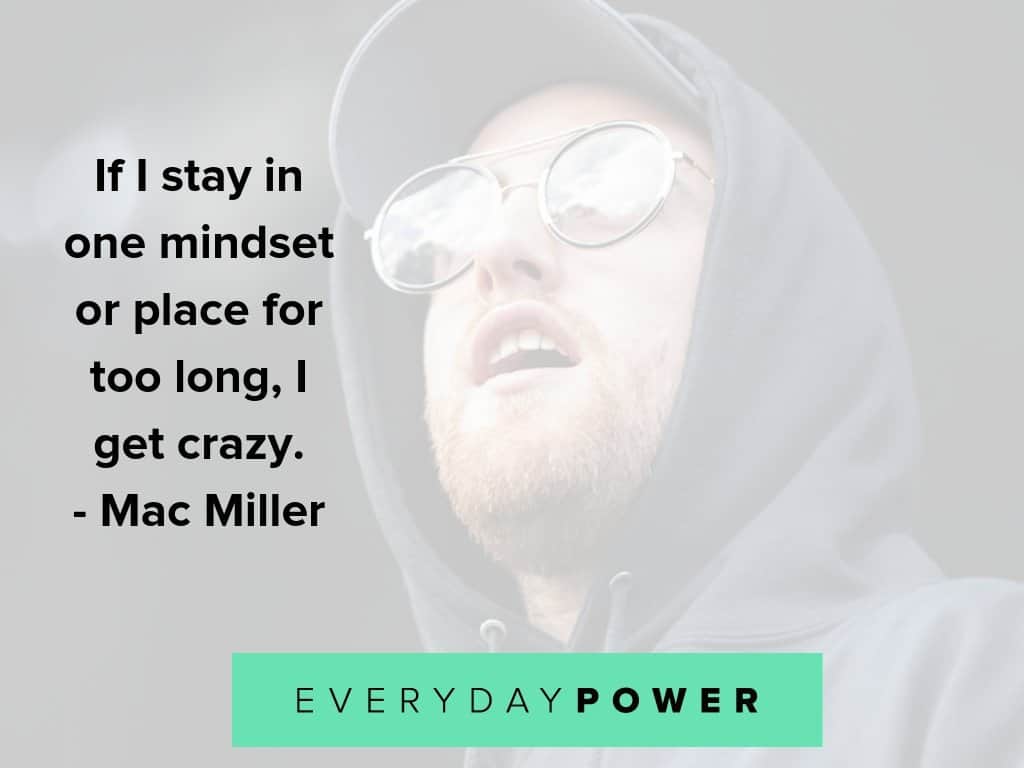 7. “I’ma do my thing until the day the reaper come for me. You can keep on grillin’, I’ma smile back.” – Mac Miller

9. “Some people need to just stop thinking about everything they do and just do it.” – Mac Miller

10. “Been contemplating if I even still believe in the truth.” – Mac Miller

Also check out these insightful suicide quotes to inspire prevention.

12. “I’ve been laughed at, hated on, no one would even play my songs. Wouldn’t even listen to anything that my name was on.” – Mac Miller

14. “In the quest to be a man, you start to learn you need your family. If it wasn’t for them, I’d be way closer to insanity.” – Mac Miller 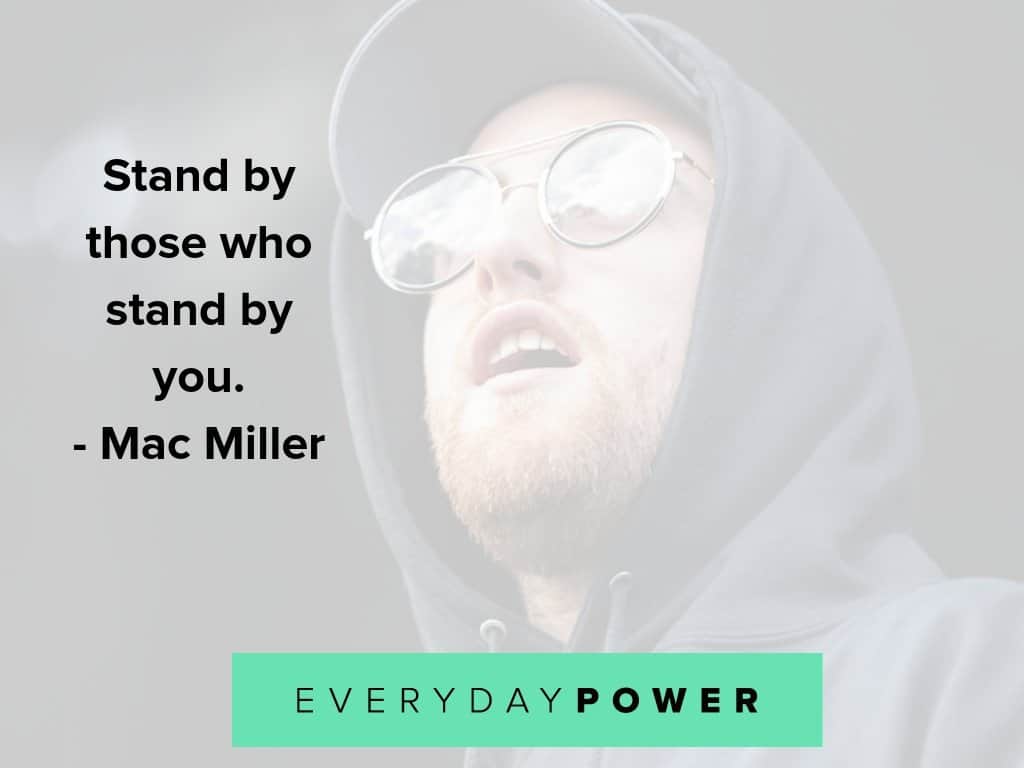 17. “To me, women have always been the sturdiest people in my life and have been incredible sources of energy.” – Mac Miller

19. “They’re gonna try to tell you no, shatter all your dreams. But you gotta get up, and go and think of better things.” – Mac Miller

21. “There’s a lot of beauty in the world, so go hang out and go be a part of the solution rather than the problem.” – Mac Miller

25. “It never gets boring for me because there’s so many different things to explore in the studio.”– Mac Miller

26. “You know how much you love it when you get it in abundance.” – Mac Miller

27. “Life is just a recital, better remember all that you practice.”– Mac Miller

28. “I think, a lot of times, people just want to be cool, and to be in love is not cool. But I think it’s the coolest. I think love is the coolest thing that there is.” – Mac Miller

30. “A penny for your thoughts, a dollar for your dreams.”– Mac Miller

31. “I flood the Internet with what I think is quality content. That’s why I did things like giving out a song every 100,000 Twitter followers because I am just looking for ways to get my fans to hear all this music without over saturating things.” – Mac Miller

32. “Planting the seeds, working and watching it grow.” – Mac Miller

34. “Everything will be good by the weekend.” – Mac Miller

35. “I’m an honest man, my mama told me never put it on the lotto and
I work for everything I get that is my motto.” – Mac Miller

36. “When you first get sober, you feel like a superhero. You feel real emotion because you’ve been suppressing it forever. It’s so much easier to navigate what’s important.” – Mac Miller

37. “The journey that I’m facin’ plus the paper that I’m chasin.”- Mac Miller

38. “People put their voice everywhere. All through Instagram comments. As minuscule and kind of stupid as that is, at the same time, it’s dope. People really feel like, ‘I have to say something,’ which is sometimes a little much, but like, ‘Go ahead, man. Speak away.’” – Mac Miller

39. “Looking at my life is like you watching movies.”- Mac Miller

43. “The difference between love and war inform me.” – Mac Miller

46. “Being famous used to just defeat me. I wouldn’t leave my house because I was worried about someone being like, ‘Oh, are you Mac Miller?’ and then the rest of the night I couldn’t be myself.” – Mac Miller

47. “I used to just think about what my fans wanted all the time. But it just started feeling weird to me. I want to just show everyone who I am and stick to my vision. I have to trust myself.” – Mac Miller

48. “I’ve always wanted to sing. I don’t think I have a great voice, but I just think that I get the emotion. It’s very authentic. Whatever emotion I’m feeling, I can sing it, and you can feel it.” – Mac Miller

49. “Go through the worst to reach the ecstasy.” – Mac Miller

50. “I don’t know if I’m a feminist, but I just know that I am all for outspoken, powerful women.” – Mac Miller

51. “I think I’m JFK’s final speech. They try assassinating all of my beliefs.”- Mac Miller

52. “Everyone that I work with is a friend. I won’t make a record with anyone unless we kick it.” – Mac Miller

54. “People don’t really give me much anymore, and for good reason. I have to pay for a lot of stuff now, I can afford a lot more than I ever could before. No one really gives me anything anymore, but it feels good.” – Mac Miller

56. “Sometimes it’s hard to pick right from wrong. The best thing we can do is go with our heart and hope it all goes well.” – Mac Miller

Which of these Mac Miller quotes is your favorite?

Besides being a talented rapper, Miller was actually a nice human, by all accounts. He was a rapper beloved by many, even those who were just getting familiar with his work and story.

Even though he is gone, his music will keep playing for many years to come. Hopefully, these quotes have inspired you to reflect on life, happiness, and your mental and emotional well being.

Did you enjoy these Mac Miller quotes? Which of the quotes was your favorite? We would love to hear all about it in the comment section below. Also, don’t forget to like and share.

5 Steps to Move On and Feel Less Pain

50 Watermelon Quotes About The Sweet and Juicy Summer Fruit