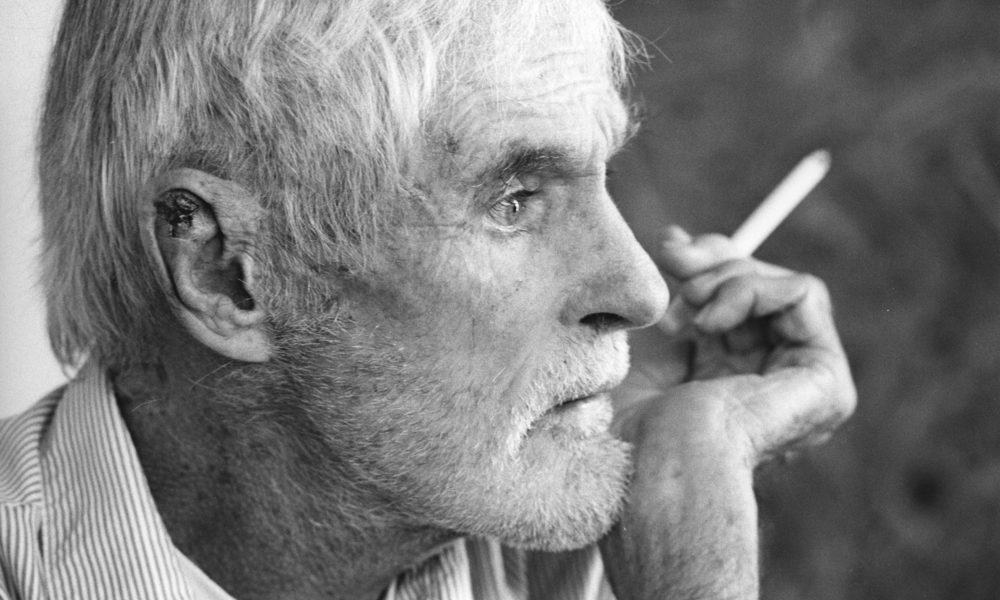 Timothy Leary was an American psychologist and writer. Or as my husband referred to him when I said I was looking for Timothy Leary quotes, “Oh, the acid guy. He believed you could understand the universe when you were tripping on acid.”

What exactly did Timothy Leary believe, though? Keep reading through these Timothy Leary quotes to find out his thoughts on drugs, psychology, and the mysteries of life.

Leary was a Harvard professor who worked on the Harvard Psilocybin Project from 1960-1962. He drew criticism from other Harvard faculty because his ethics were questionable, to say the least!

He engaged in drug use with the study participants and applied pressure to his students encouraging them to use drugs. The university fired him in 1963. His drug use led him to develop his philosophy of ‘mind expansion.’ It was also the reason he found himself in 36 different prisons worldwide.

Don’t forget to also check out these Jacques Cousteau quotes about science and life.

1. “There are three side effects of acid: enhanced long-term memory, decreased short-term memory, and I forget the third.” ―Timothy Leary

2. “Acid is not for every brain …. Only the healthy, happy, wholesome, handsome, hopeful, humorous, high-velocity should seek these experiences. This elitism is totally self-determined. Unless you are self-confident, self-directed, self-selected, please abstain.” ―Timothy Leary

3. “I am 100 percent in favor of the intelligent use of drugs, and 1,000 percent against the thoughtless use of them, whether caffeine or LSD. And drugs are not central to my life.” ―Timothy Leary

4. “LSD is a psychedelic drug which occasionally causes psychotic behavior in people who have NOT taken it.” ―Timothy Leary

5. “At one point consciousness-altering devices like the microscope and telescope were criminalized for exactly the same reasons that psychedelic plants were banned in later years. They allow us to peer into bits and zones of Chaos.” ―Timothy Leary

6. “To use your head, you have to go out of your mind.” ―Timothy Leary

7. “I learned more about psychology in the five hours after taking these mushrooms than in the preceding 15 years of studying and doing research in psychology.” ―Timothy Leary

Take a trip through the ages with these Timothy Leary quotes

8. “In the information age, you don’t teach philosophy as they did after feudalism. You perform it. If Aristotle were alive today he’d have a talk show.” ―Timothy Leary

9. “We are dealing with the best-educated generation in history. But they’ve got a brain dressed up with nowhere to go.” ―Timothy Leary

10. “When people criticize the computer generation, the high tech generation, and say they neglect the body – well, just walk through a college campus, and you’ll see the healthiest, most physically conscious, and alert group of human beings I’ve ever met. So they’re not nerds at all.” ―Timothy Leary

11. “The twentieth century may well find historical status as the epoch in which man began to study himself as a scientific phenomenon.” ―Timothy Leary

12. “Critics have told me I’ve ruined the lives of 50 million young people. I can’t be certain of this, since only about 10 million have ever come back to thank me.” ―Timothy Leary

13. “Think for yourself and question authority.” ―Timothy Leary

14. “You’re only as young as the last time you changed your mind.” ―Timothy Leary

15. “Women who seek to be equal with men lack ambition.” ―Timothy Leary

16. “The universe is an intelligence test.” ―Timothy Leary

17. “Civilization is unbearable, but it is less unbearable at the top.” ―Timothy Leary

18. “You can always pick up your needle and move to another groove.” ―Timothy Leary

19. “Learning how to operate a soul figures to take time.” ―Timothy Leary

20. “Science is all metaphor.” ―Timothy Leary

21. “The most important thing you do in your life is to die.” ―Timothy Leary

23. “Give death a better name or die trying.” ―Timothy Leary

25. “I wanted to scientize myth and mythologize science.” ―Timothy Leary

26. “Nobody ever understands what a pioneer is doing.” ―Timothy Leary

27. “My profession is I’m a dissident philosopher.” ―Timothy Leary

28. “In pursuing my fervent goal of relating external stimuli to reports about internal-neural change, we were, paradoxically enough, following the most orthodox tradition in psychology.” ―Timothy Leary

29. “From my first published paper in 1946, my obsession has been to objectify inner experiences, to demystify the software of human existence. How? By relating changes in external behavior, systematically and lawfully, to changes in the brain.” ―Timothy Leary

30. “At the peak of his scientific triumphs, Newton became a ‘head,’ a student of the inner spiritual world – or in modern terms, a neurologician. Modern physicists do not dwell on this dramatic life-change in their hero.” ―Timothy Leary

31. “When our systematic knowledge of human expressive behavior is more advanced, it will be possible to study the literary and historical documents of the past and to determine the expressed and implied views of personality that determined the behavior of our ancestors.” ―Timothy Leary

32. “Current psychological priesthoods ignore the fact that the profession of psychology was originated by Gustav Theodor Fechner, a physicist who recognized that the key to understanding human nature was the relationship between external stimuli and the brain.” ―Timothy Leary

33. “I totally deplore the notion of an M.D. giving pills to patients – a medical doctor giving psychological or psychoactive change agents to another person.” ―Timothy Leary

34. “Throughout human history, as our species has faced the frightening, terrorizing fact that we do not know who we are, or where we are going in this ocean of chaos, it has been the authorities, the political, the religious, the educational authorities who attempted to comfort us by giving us order, rules, regulations, informing, forming in our minds their view of reality. To think for yourself you must question authority and learn how to put yourself in a state of vulnerable, open-mindedness; chaotic, confused, vulnerability to inform yourself.” ―Timothy Leary

35. “People use the word “natural” … What is natural to me is these botanical species which interact directly with the nervous system. What I consider artificial is 4 years at Harvard, and the Bible, and Saint Patrick’s cathedral, and the Sunday school teachings.” ―Timothy Leary

36. “And a new philosophy emerged called quantum physics, which suggest that the individual’s function is to inform and be informed. You really exist only when you’re in a field sharing and exchanging information. You create the realities you inhabit.” ―Timothy Leary

37. “The role of anxiety in the development of human personality is central, and it is intricate beyond our understanding.” ―Timothy Leary

39. “Philosophy is a performance sport – you have to play it with somebody back and forth.” ―Timothy Leary

40. “I’ve left specific instructions that I do not want to be brought back during a Republican administration.” ―Timothy Leary

42. “Everyone carries a piece of the puzzle. Nobody comes into your life by mere coincidence. Trust your instincts. Do the unexpected. Find the others.” ―Timothy Leary

43. “We seem to inhabit a universe made up of a small number of elements-particles-bits that swirl in chaotic clouds, occasionally clustering together in geometrically logical temporary configurations.” ―Timothy Leary

44. “Remember also: beyond the restless flowing electricity of life is the ultimate reality- The Void. Your own awareness, not formed into anything possessing form or color, is naturally void. The Final Reality. The All Good. The All Peaceful. The light. The Radiance. The movement is the fire of life from which we all come. Join it. It is part of you.” ―Timothy Leary

45. “All suffering is caused by being in the wrong place. If you’re unhappy where you are, MOVE.” ―Timothy Leary

46. “A man without justice is a beast and a man who would make himself a beast forgets the pain of being a man.” ―Timothy Leary

47. “Drop Out–detach yourself from the external social drama which is as dehydrated and ersatz as TV. Turn On–find a sacrament which returns you to the temple of God, your own body. Go out of your mind. Get high. Tune In–be reborn. Drop back in to express it. Start a new sequence of behavior that reflects your vision.” ―Timothy Leary

48. “My favorite three words in the English language are: ’I don’t know’, because every time I say them, I learn something new.” ―Timothy Leary

49. “Secrecy is the original sin. The fig leaf in the Garden of Eden. The basic crime against love.” ―Timothy Leary

50. “I declare that The Beatles are mutants. Prototypes of evolutionary agents sent by God, endowed with a mysterious power to create a new human species, a young race of laughing freemen.” ―Timothy Leary

What did you learn from these Timothy Leary quotes?

Harvard and other clinical psychologists were not the only ones upset with Timothy Leary’s method of searching for enlightenment. Richard Nixon once called him the “most dangerous man in America.” Leary also focused on generation gaps, space migration, and technology. He once referred to the PC “as the LSD of the 90s.”

Leary had quite the social circle. He married a model and hung out with Johnny Depp, Dan Akroyd, and Susan Sarandon. He consulted with Billy Idol on his album, Cyberpunk. He even did an interview with Playboy!

Leary continued to use drugs, but ultimately that is not what killed him. He was diagnosed with prostate cancer and died in May of 1996. He would be fascinated with today’s advances in AI, virtual reality, and space exploration for sure.

If you have any other Timothy Leary quotes and sayings you would like to add, please leave them in the comment section below.

15 Simple Ways to Spread Happiness and Kindness Around You

How to Stop Being a People Pleaser: 7 Powerful Habits

Giveaway: Win a Mindfulness Kit for You and a Friend!