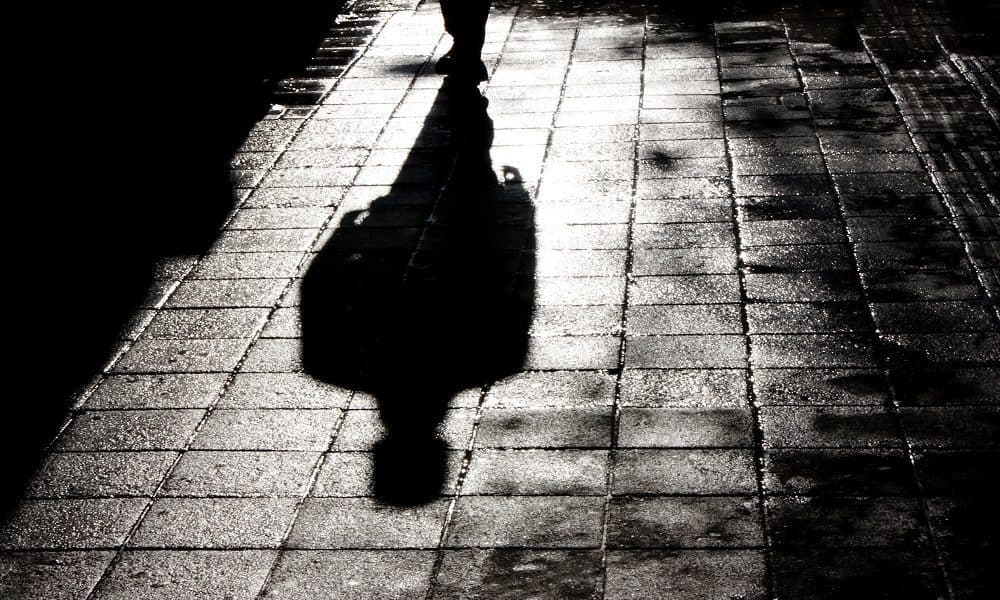 Said to be dark and gloomy, shadows are usually being associated with sorrow, sadness, grief, and mystery as you’ll see in these shadow quotes.

Shadows have a lot of meaning. As a form that is seen behind a person or a thing when directed with a ray of light, shadows just come and go depending on the time. It follows you wherever you are but suddenly disappears when all the light illuminates around you.

In life, shadows are also linked to the ups and downs—it has a cycle of appearing and vanishing through time. Shadows may be generally perceived as something that brings darkness and sorrow, but know that shadows are there to guide and be a friend too.

These shadow quotes show it can help you to find out the real meaning of this mysterious form.

Don’t forget to also check out these light quotes on becoming awakened.

1. “Even the purest cast a black shadow.” – Kaitlyn Jones

2. “Unless you learn to face your own shadows, you will continue to see them in others, because the world outside you is only a reflection of the world inside you.” – Unknown

3. “Befriend your shadow and life will be easier.” – Robert Jabert

4. “I like my shadow; it reminds me that I exist.” – Mehmet Murat ildan

5. “We think not in words but in shadows of words.” – Vladimir Nabokov

8. “Shadow is a colour as light is, but less brilliant; light and shadow are only the relation of two tones.” – Paul Cezanne

9. “Glory follows virtue as if it were its shadow.” – Marcus Tullius Cicero

10. “One can live in the shadow of an idea without grasping it.” – Elizabeth Bowen

11. “The brighter the light, the deeper the shadow.” – Jay Kristoff

Shadow quotes about light and darkness

12. “It is only through shadows that one comes to know the light.” – St. Catherine of Siena

13. “Where there is much light, the shadow is deep.” – Johann Wolfgang von Goethe

14. “To confront a person with his shadow is to show him his own light.” – Carl Jung

17. “Everyone carries a shadow, and the less it is embodied in the individual’s conscious life, the blacker and denser it is.” – Carl Jung

19. “Everything that we see is a shadow cast by that which we do not see.” – Martin Luther King Jr.

20. “Light and shadow are opposite sides of the same coin. We can illuminate our paths or darken our way. It is a matter of choice.” – Maya Angelou

21. “The true work of art is but a shadow of the divine perfection.” – Michelangelo

22. “There is strong shadow where there is much light.” – Johann Wolfgang von Goethe

23. “There is no light without shadow, just as there is no happiness without pain.” – Isabel Allende

24. “Somethings can only be seen in the shadows.” – Carlos Ruiz Zafon

25. “Character is like a tree and reputation like a shadow. The shadow is what we think of it; the tree is the real thing.” – Abraham Lincoln

26. “Every light has its shadow, and every shadow hath a succeeding morning.” – Nicolaus Copernicus

27. “Most of the shadows of this life are caused by standing in one’s own sunshine.” – Ralph Waldo Emerson

29. “Some people have an identity. I have an alibi. I have a shadow self.” — Andre Aciman

30. “A false friend and a shadow attend only while the sun shines.” — Benjamin Franklin

31. “What would your good do if evil didn’t exist, and what would the earth look like if all the shadows disappeared?” ― Mikhail Bulgakov

33. “The eye is always caught by light, but shadows have more to say.” — Gregory Maguire

34. “Even in the valley of the shadow of death, two and two do not make six.” — Leo Tolstoy

35. “Some people seemed to get all sunshine, and some all shadow…” — Louisa May Alcott

36. “There is no sun without shadow, and it is essential to know the night.” — Albert Camus

37. “The shadow that hidden, repressed, for the most part, inferior and guilt-laden personality whose ultimate ramifications reach back into the realm of our annual ancestors.” – C.G. Jung

38. “Nobody can rest in the coolness of their own shadow!” — Mehmet Murat ildan

39. “Shadow is not an umbrage only but the proof of our Existence.” — Samar Sudha

41. “But only he who, himself enlightened, is not afraid of shadows.” — Immanuel Kant

42. “Some there be that shadow kiss; Such have but a shadow’s bliss.” — William Shakespeare

44. “In life have a friend that is like a mirror and shadow; mirror doesn’t lie and shadow never leaves.” – Unknown

45. “May the dark remain in your shadow and the light shine upon you.” — Giovannie de Sadeleer

46. “The dearest friend on earth is a mere shadow compared to Jesus Christ.” — Oswald Chambers

47. “I’ve been trying to convince my shadow that I’m someone worth following.” — Rudy Francisco

48. “There is a time, when passing through a light, that you walk in your own shadow.” — Keri Hulme

49. “The very substance of the ambitious is merely the shadow of a dream.” — William Shakespeare

50. “All the variety, all the charm, all the beauty of life is made up of light and shadow.” — Leo Tolstoy

What did you learn from these Shadow quotes?

Another meaning of the shadow is that it represents the emotions that are opposite of your “light.” This means shadows are connected with whatever positive emotion you have.

If your light is happiness, your shadow is grief. If you are someone who is outgoing and sociable, your shadow is being afraid to be left alone. It is one’s alter ego and it defines your inner character.

It gives you something to learn which you can apply next time. The shadow may not disappear in your life, as it will always come to you when there is little light, but you should know that it is there to remind you of your true self. You just have to stay true to yourself and be real.

What’s your biggest takeaway from these Shadow quotes and sayings? Do you have any other favorite quotes to add? Let us know in the comment section below.

50 Nostalgia Quotes About Longing For the Past