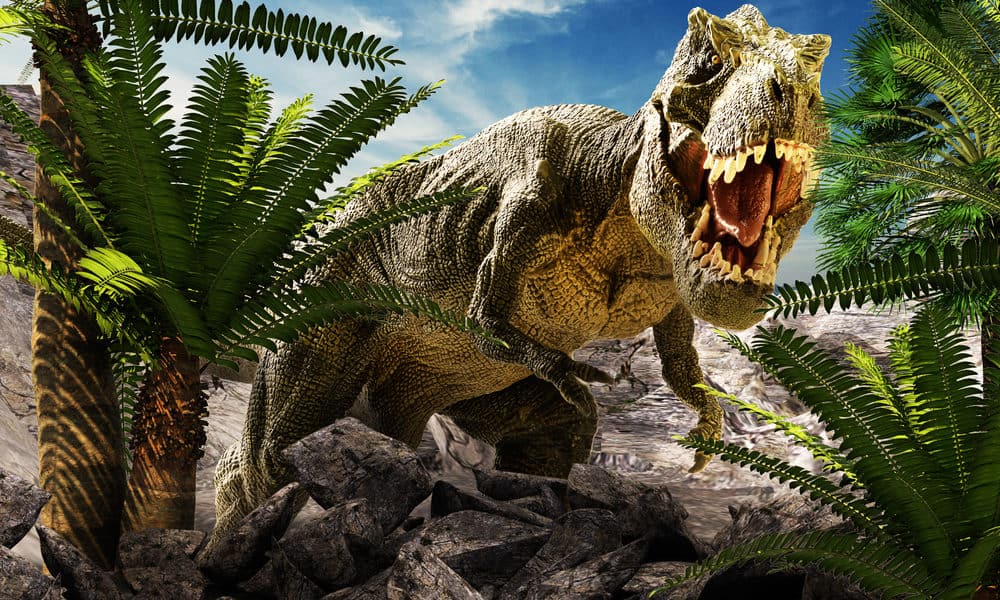 These Jurassic Park quotes will remind you just how cool the movie was!

Jurassic Park, “an adventure 65 million years in the making,” was a cinematic marvel that took us back to when dinosaurs roamed the earth. Ian Malcolm was responsible for one of the movie’s most memorable lines, “No. I’m, I’m simply saying that life, uh… finds a way.”

Producers, writers, computer animators, and 3D renders were able to help bring life to the extinct species. The Jurassic Park River Adventure ride at Universal Studios took that experience and made it even more real.

Michael Crichton wrote his signature novel, Jurassic Park, in 1990. The book became a bestseller, and Steven Spielberg adapted it to film in 1993. Crichton published the sequel, The Lost World, in 1995 with Spielberg adapting it to film in 1997. Jurassic Park III, which was directed by Joe Johnston, was not based on a new written work by Crichton but focused on themes from the two novels that didn’t appear in the first two films.

8. “We’re gonna make a fortune with this place.” — Donald Gennaro

14. John Hammond: “There is no doubt our attractions will drive kids out of their minds.”

Tim: “A do-you-think-he-saurus. What do you call a blind dinosaur’s dog?”

17. “That means they only eat vegetables, but for you, I think they’d make an exception.” — Tim

19. John Hammond: “All major theme parks have delays. When they opened Disneyland in 1956, nothing worked!”

Ian Malcolm: “Yeah, but, John, if The Pirates of the Caribbean breaks down, the pirates don’t eat the tourists.”

20. “Dennis, our lives are in your hands and you’ve got butterfingers?” — John Hammond

21. “But again, how do you know they’re all female? Does somebody go out into the park and pull up the dinosaurs’ skirts?” — Dr. Ian Malcolm

22. Dr. Ellie Sattler: [after finding Malcolm with a broken leg] “Should we chance moving him?”

Dr. Ian Malcolm: [the Tyrannosaur roars nearby] “Please, chance it.”

Lex: “I happen to be a vegetarian.”

25. “(After running away from the T-Rex) You think they’ll have that on the tour?” — Dr. Ian Malcolm

Dr. Ian Malcolm: “Me? Oh, hell yeah, three. I love kids. Anything at all can and does happen. Same with wives, for that matter.”

28. “(driving through the park’s gates) What have they got in there, King Kong?” — Dr. Ian Malcolm

29. “No, no, no. We have no animatronics here. These are the real miracle workers of Jurassic Park.” — John Hammond

30. “Your scientists were so preoccupied with whether or not they could, they didn’t stop to think if they should.” — Ian Malcolm

31. “Ah, now eventually you do plan to have dinosaurs on your, on your dinosaur tour, right?” — Ian Malcolm

32. “Look, we can discuss sexism in survival situations when I get back.” — Ellie Sattler

34. “[loudly] Dodgson, Dodgson, we’ve got Dodgson here! Nobody cares. Nice hat. What are you trying to look like, a secret agent?” — Dennis Nedry

35. “If I may… Um, I’ll tell you the problem with the scientific power that you’re using here, it didn’t require any discipline to attain it. You read what others had done, and you took the next step. You didn’t earn the knowledge for yourselves, so you don’t take any responsibility for it.” — Dr. Ian Malcolm

38. “There. Look at this. See? See? I’m right again. Nobody could’ve predicted that Dr. Grant would suddenly, suddenly jump out of a moving vehicle.” —Dr. Ian Malcolm

41. John Hammond: “If I was to create a flock of condors on this island, you wouldn’t have anything to say.”

Dr. Ian Malcolm: “No, hold on. This isn’t some species that was obliterated by deforestation, or the building of a dam. Dinosaurs had their shot, and nature selected them for extinction.”

42. “[as they gather around a baby dinosaur hatching from its egg] I’ve been present for the birth of every little creature on this island.” — John Hammond

43. “The world has just changed so radically, and we’re all running to catch up. I don’t want to jump to any conclusions but look… Dinosaurs and man, two species separated by 65 million years of evolution have just been suddenly thrown back into the mix together. How can we possibly have the slightest idea what to expect?” — Dr. Alan Grant

44. Muldoon: “They’re lethal at eight months, and I do mean lethal. I’ve hunted most things that can hunt you, but the way these things move…”

Muldoon: “Cheetah speed. Fifty, sixty miles an hour if they ever got out into the open, and they’re astonishing jumpers…”

45. “I simply don’t understand this Luddite attitude, especially from a scientist. I mean, how can we stand in the light of discovery, and not act?” — John Hammond

46. “What’s so great about discovery? It’s a violent, penetrative act that scars what it explores. What you call discovery, I call the rape of the natural world.” — Dr. Ian Malcolm

47. “Well, the question is, how can you know anything about an extinct ecosystem? And therefore, how could you ever assume that you can control it? I mean, you have plants in this building that are poisonous, you picked them because they look good, but these are aggressive living things that have no idea what century they’re in, and they’ll defend themselves, violently if necessary.” — Dr. Ellie Sattler

48. “I don’t think you’re giving us our due credit. Our scientists have done things which nobody’s ever done before…” — John Hammond

49. “John, the kind of control you’re attempting simply is… it’s not possible. If there is one thing the history of evolution has taught us, it’s that life will not be contained. Life breaks free, it expands to new territories and crashes through barriers, painfully, maybe even dangerously, but, uh… well, there it is.” — Dr. Ian Malcolm

50. “Don’t you see the danger, John, inherent in what you’re doing here? Genetic power is the most awesome force the planet’s ever seen, but you wield it like a kid that’s found his dad’s gun.” — Dr. Ian Malcolm

Which of these Jurassic Park quotes is your favorite?

The film grossed more money in its opening weekend than any other film. It passed the 100 million dollar mark in just nine days! The detail and real-life looking dinosaurs contributed to the movie’s success.

There were parts of the movie that weren’t so realistic, like the lab the scientists worked in. Spielberg’s representatives came to check out a leading research lab, and looked around, and said, “Steven isn’t going to like this.” He didn’t; so instead, he created an entire lab from his imagination.

Thanks to the imaginations of Michael Crichton and Steven Spielberg, we got to see some wild stuff on the screen! If you are wondering why the film still looks so good when we watch it today, it’s because they used little CGI techniques. Therefore, the technology doesn’t age out like many other 90s films.

Motivational Self-Regulation Strategies To Help You Reach Your Goals

How to Get More Done with (a Lot) Less Stress: 12 Daily Habits