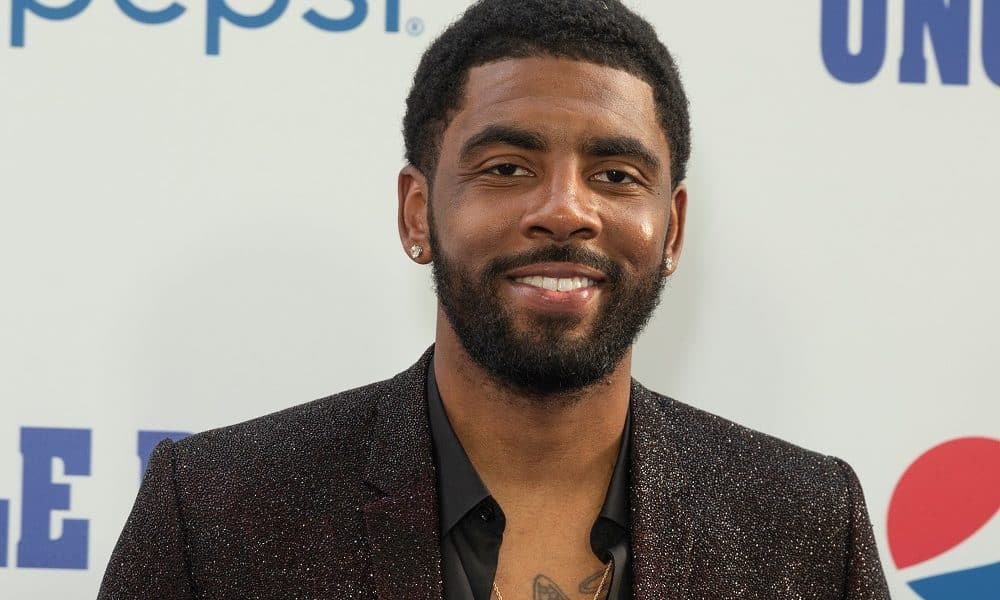 If you’re a basketball fan, you’re probably familiar with some of these Kyrie Irving quotes from the famous hooper who has built a great career since he started.

As a player for the National Basketball Association (NBA), Irving has gained popularity upon clinching the Rookie of the Year award in 2011. He was selected by the Cleveland Cavaliers in the 2011 NBA draft.

He would earn accolades such as a six-time All-Star and two-time player for the All-NBA Team. He has also won a championship for the Cavaliers in 2016, adding to his long list of impressive credentials as a basketball player.

Here are top Kyrie Irving quotes you need to know about.

Don’t forget to also check out these Damian Lillard quotes on basketball, music and life.

1. “I felt like we would have definitely won an NBA championship if everyone was healthy.” – Kyrie Irving

2. “I love the gym; I love basketball. I’m really passionate about it.” – Kyrie Irving

3. “I’m in Cleveland. I enjoy myself. I enjoy going out and competing at highest level for the Cleveland Cavaliers.” – Kyrie Irving

4. “I’ve worked countless hours in the gym, so I feel like I’m already prepared for the game. So when I’m listening to music pregame, it’s really just about personal enjoyment.” – Kyrie Irving

5. “I Knew that i Didn’t need LeBron but he needed me.” – Kyrie Irving

7. “Basketball isn’t a game; It’s an art form. You master the fundamentals so you can forget ’em, so you.” – Kyrie Irving

8. “When you’re playing against a whole bunch of All-Stars, it’s like a video game. There’s so much talent on the floor at once.” – Kyrie Irving

9. “I can’t necessarily pinpoint a specific point, but for me, this season has been a learning experience to be able to do that.” – Kyrie Irving

10. “We stuck to the game plan; we didn’t want a talented guy like James Harden to beat us. we wanted their other guys to beat us and we forced him to pass off to other guys and we trusted our weakside rotation.” – Kyrie Irving

12. “Draft day is a hectic day, especially for draftees and, more or less, for management.” – Kyrie Irving

13. “You want to keep the defense guessing.” – Kyrie Irving

14. “When I’m playing the 1-guard, I’m kind of seeing everything that’s going on. When I play the 2, I have a more broader understanding of what’s going on and where the screens are being set in order for not only myself to get open, but for my teammates.” – Kyrie Irving

15. “I always dreamt of being a basketball player. A dream that only I believed in.” – Kyrie Irving

16. “No alarm clock needed. My passion wakes me up!” – Kyrie Irving

19. “Embrace the challenge, never run from it…don’t ever let anyone’s thoughts or opinions affect your drive to be great!!” – Kyrie Irving

21. “If you’re very much woke, there is no such thing as distractions.” – Kyrie Irving

22. “Even during my injury, I had fun because I got to be a regular college kid.” – Kyrie Irving

23. “Can improvise and just concentrate on what really matters: getting buckets.” – Kyrie Irving

24. “Directors tell me what to do, and I kind of just put my own twist to it, just to get inside my personality that everybody doesn’t really get to see – my off-the-court interests and the way I act. It’s just me.” – Kyrie Irving

25. “I’m probably one of the most competitive people ever.” – Kyrie Irving

26. “Man, when I actually kind of had a chance to slow down and realize that patience was going to get me through these long NBA seasons,” Irving said after the Celtics’ 91-84 win Friday.” – Kyrie Irving

28.“I’ve been musically inclined since I picked up an instrument in the fourth grade. I just really appreciate music. I love to listen to it; I love to sing. I wouldn’t consider myself, like, a natural singer. I just developed it over time, honestly, just listening. I’m a great listener to music.” – Kyrie Irving

30. “The only thing I command is respect.” – Kyrie Irving

32. I’m probably one of the most competitive people ever.” – Kyrie Irving

34. “Grease’ is an awesome movie. I wish they’d make a new one, more for our time. The graphics are terrible when you look back on it.” – Kyrie Irving

35. “Growing up, I was a typical high school kid when YouTube first came out, and I was just watching a whole lot of videos of guys in the league I’m playing with now, guys that aren’t in the league, and guys that came before me, just watching the moves that they do, and going out in my backyard and trying them. I did it almost every single day. And I didn’t do any crazy dribbling drills or any two-ball dribbling drills. I’m really not good at two-ball dribbling. Nah, never did that. I just went out and tried the moves that I saw.” – Kyrie Irving

36. “Whenever That Time Comes and it’s my time to be the Franchise, that I’ll be well Prepared.” – Kyrie Irving

38. “Everybody in the NBA is good. And then you have the really good ones and the great ones.” – Kyrie Irving

39. “Going in, you want to play a perfect season and play throughout the whole entire season, but injuries are a part of basketball.” – Kyrie Irving

40. “Basketball isn’t a game; It’s an art form. You master the fundamentals so you can forget ’em, so you can improvise and just concentrate on what really matters: getting buckets.” – Kyrie Irving

43. “It’s just been a long journey, from having those two knee surgeries and watching the team last year and finally getting chance to lace them up for the Boston Celtics in the NBA playoffs its nothing like it.” – Kyrie Irving

44. “Man, when I actually kind of had a chance to slow down and realize that patience was going to get me through these long NBA seasons.” – Kyrie Irving

45. “I can’t necessarily pinpoint a specific point, but for me, this season has been a learning experience to be able to do that.” – Kyrie Irving

46. “You would go to Cleveland, and it would be at night-time, and things would be going on, but you just see a vast difference.” – Kyrie Irving

47. “Directors tell me what to do, and I kind of just put my own twist to it, just to get inside my personality that everybody doesn’t really get to see – my off-the-court interests and the way I act. It’s just me.” – Kyrie Irving

49. “I do have a chef, but I still go out. Sometimes I can still blend in, and sometimes I get a little bombarded. It’s the best of both worlds.” – Kyrie Irving

50. “Guys like Josh Gordon need to stay in his sport and mind his own business.” – Kyrie Irving

What did you learn from these Kyrie Irving quotes?

Through these quotes, fans can get to know more about the NBA player’s basketball journey and how he deals with challenges in his life. He also displays a notable and fine character which explains the success he has been receiving all throughout his career.

As one of the many basketball players who are popular in modern times, fans of the star look up to Kyrie Ivring quotes as inspiration for their basketball dreams or just about life in general. He not only exemplifies a notable court player but as an inspiring personality whose words and actions motivate his fans to be the best versions of themselves.

What’s your biggest takeaway from these Kyrie Irving quotes and sayings? Do you have any other favorite quotes to add? Let us know in the comment section below.