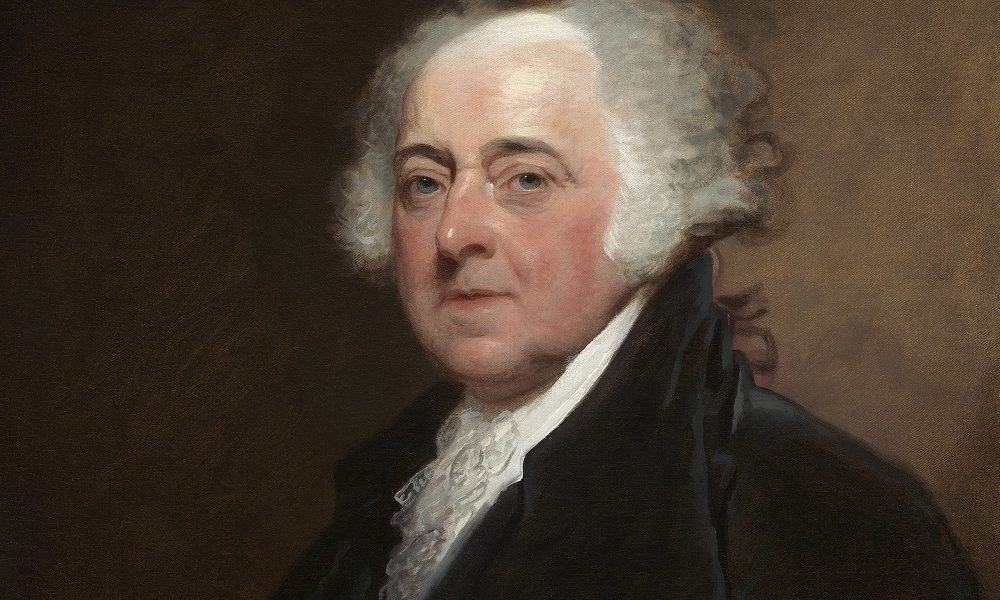 From then till now, these John Adams quotes about education, governance, humanity, and many other relevant subjects keep inspiring people.

John Adams first served as the first vice president of the United States before becoming the second president from 1797 to 1801. Dubbed as one of the Founding Fathers of the United States, he governed the American Revolution with patriotism, intelligence, and notable leadership that many looked up to in his time.

He is best known for his accomplishments during his term, which included advocating for the United States’ separation from Great Britain, involving himself in the Continental Congress, as well as spearheading peace through the Treaty of Paris. This eventually led to the end of the American Revolutionary War.

As a leader who graduated from Harvard University and has a long list of accomplishments in his career as a prominent lawyer, writer, and diplomat these John Adams quotes are undoubtedly etched in the history of Americans.

Don’t forget to also check out these Abigail Adams quotes about education, peace, and women’s rights.

1. “There are two types of education… One should teach us how to make a living, and the other how to live.” – John Adams

2. “I must judge for myself, but how can I judge, how can any man judge, unless his mind has been opened and enlarged by reading.” – John Adams

3. “Let us tenderly and kindly cherish, therefore, the means of knowledge. Let us dare to read, think, speak, and write.” – John Adams

4. “Let every sluice of knowledge be opened and set a-flowing.” – John Adams

5. “Above all, except the wife and children, I want to see my books.” – John Adams

6. “You will never be alone with a poet in your pocket.” – John Adams

7. “Laws for the liberal education of youth, especially of the lower class of people, are so extremely wise and useful, that, to a humane and generous mind, no expense for this purpose would be thought extravagant.” – John Adams

8. “I read my eyes out and can’t read half enough neither. The more one reads the more one sees we have to read.” – John Adams

9. “The longer I live, the more I read, the more patiently I think, and the more anxiously I inquire, the less I seem to know… Do justly. Love mercy. Walk humbly. This is enough.” – John Adams

10. “Human passions unbridled by morality and religion . . . would break the strongest cords of our Constitution as a whale goes through a net.” – John Adams

11. “Go on and improve in everything worthy.” – John Adams

13. “The true source of our suffering has been our timidity. We have been afraid to think… Let us dare to read, think, speak, and write.” – John Adams

14. “If conscience disapproves, the loudest applauses of the world are of little value.” – John Adams

16. “Facts are stubborn things; and whatever may be our wishes, our inclinations, or the dictates of our passion, they cannot alter the state of facts and evidence.” – John Adams

17. “Old minds are like old horses; you must exercise them if you wish to keep them in working order.” – John Adams

18. “No man is entirely free from weakness and imperfection in this life.” – John Adams

19. “Defeat appears to me preferable to total inaction.” – John Adams

20. “I will rouse up my mind and fix my attention. I will stand collected within myself and think upon what I read and what I see. I will strive with all my soul to be something more than persons who have had less advantages than myself.” – John Adams

21. “The smell of the midnight lamp is very unwholesome. Never defraud yourself of sleep, nor your walk.” – John Adams in a letter to his son John Quincy

22. “You will ever remember that all the end of study is to make you a good man and a useful citizen. This will ever be the sum total of the advice of your affectionate father.” – John Adams in a letter to his son John Quincy

23. “To believe all men honest is folly. To believe none is something worse.” – John Adams

24. “Tyranny can scarcely be practiced upon a virtuous and wise people.” – John Adams

25. “As much as I converse with sages and heroes, they have very little of my love or admiration. I should prefer the delights of a garden to the dominion of a world.” – John Adams

26. “Thanks to God that he gave me stubbornness when I know I am right.” – John Adams

27. “Let frugality and industry be our virtues. Fire (our children) with ambition to be useful.” – John Adams in a letter to Abigail

28. “Friendship is one of the distinguishing glories of man…From this, I expect to receive the chief happiness of my future life.” – John Adams

29. “Children should be educated and instructed in the principles of freedom.” – John Adams

30. “Human nature with all its infirmities and depravation is still capable of great things. It should be your care, therefore, and mine, to elevate the minds of our children and exalt their courage; to accelerate and animate their industry and activity; to excite in them a habitual contempt of meanness, abhorrence of injustice and inhumanity, and an ambition to an excel in every capacity, faculty, and virtue…But their bodies must be hardened, as well as their souls exalted. Without strength and activity and vigor of body, the brightest mental excellencies will be eclipsed and obscured.” – John Adams in a letter to Abigail

32. “Posterity! You will never know how much it cost the present Generation to preserve your Freedom! I hope you will make good use of it. If you do not, I shall repent in Heaven, that I ever took half the Pains to preserve it.” – John Adams

34. “I fear that in every elected office, members will obtain an influence by noise, not sense. By meanness, not greatness. By ignorance, not learning. By contracted hearts, not large souls . . . There must be decency and respect.” – John Adams

35. “Liberty cannot be preserved without a general knowledge among the people.” – John Adams

36. “Always stand on principle…even if you stand alone.” – John Adams

37. “Power must never be trusted without a check.” – John Adams

38. “It is more important that innocence be protected than it is that guilt be punished, for guilt and crimes are so frequent in this world that they cannot all be punished. But if innocence itself is brought to the bar and condemned, perhaps to die, then the citizen will say, “whether I do good or whether I do evil is immaterial, for innocence itself is no protection,” and if such an idea as that were to take hold in the mind of the citizen that would be the end of security whatsoever.” – John Adams

40. “Because power corrupts, society’s demands for moral authority and character increase as the importance of the position increases.” – John Adams

41. “Move or die is the language of our Maker in the constitution of our bodies.” – John Adams in a letter to his son Charles

42. “Our obligations to our country never cease but with our lives. We ought to do all we can.” – John Adams

43. “The prospect now before us in America ought . . . to engage the attention of every man of learning to matters of power and right, that we may be neither led nor driven blindfolded to irretrievable destruction.” – John Adams

44. “I must study politics and war, that our sons may have liberty to study mathematics and philosophy. Our sons ought to study mathematics and philosophy, geography, natural history, and naval architecture, navigation, commerce, and agriculture in order to give their children a right to study painting, poetry, music, architecture, statuary, tapestry and porcelain.” – John Adams

45. “What do we mean by the Revolution? The war? That was no part of the revolution; it was only an effect and consequence of it. The revolution was in the minds of the people.” – John Adams

46. “Abuse of words has been the great instrument of sophistry and chicanery, of party, faction, and division of society.” – John Adams

47. “When legislature is corrupted, the people are undone.” – John Adams

48. “Liberty must at all hazards be supported. We have a right to it, derived from our Maker. But if we had not, our fathers have earned and bought it for us, at the expense of their ease, their estates, their pleasure, and their blood.” – John Adams

49. “The only foundation of a free Constitution is pure virtue, and if this cannot be inspired into our people in a greater measure than they have it now, they may change their rulers and the forms of government, but they will not obtain a lasting liberty. They will only exchange tyrants and tyrannies.” – John Adams

50. “I am apt to believe that (Independence Day) will be celebrated by succeeding generations as the great anniversary festival. It ought to be commemorated as the day of deliverance, by solemn acts of devotion to God Almighty. It ought to be solemnized with pomp and parade, with shows, games, sports, guns, bells, bonfires, and illuminations, from one end of this continent to the other, from this time forward forevermore.” – John Adams

What did you learn from these John Adams quotes?

Many historians have made reference to John Adams’ letters to his wife Abigail Adams where he described his experiences as a Founding Father.

You can make use of these John Adams quotes not only in reference to politics and governance but in life in general. Although not many agree that he is one of the greatest presidents of the United States, his brilliant mind and strong political independence led to the end of the American war, which is vital in the history of the United States.

American leaders, as well as other renowned country leaders across the world, look up to what John Adams achieved during his presidency and the legacy he left behind. This long list of John Adams quotes proves that until now, his legacy lives on through his wise words that inspire many to be better leaders and citizens.

What’s your biggest takeaway from these John Adams quotes and sayings? Do you have any other favorite quotes to add? Let us know in the comment section below.

: Getting and Staying Motivated as a Teen by Ty Howard ::.