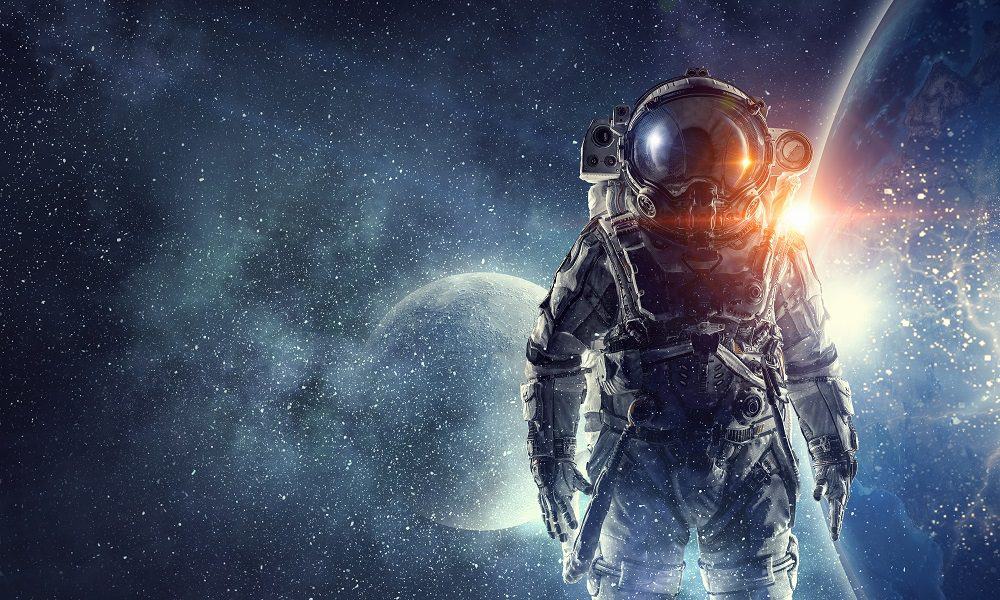 These Interstellar quotes will take you on a journey beyond the stars.

When Interstellar hit the silver screen in 2014, critics were mesmerized by the beauty of the film. It won Academy Awards for Best Visual Effects, Best Production Design, and Best Original Score.

But beyond the beauty of the film, director Christopher Nolan created a cinematic masterpiece that explored the emotional, existential theme of the future of humanity.

These Interstellar quotes will trigger deep thoughts around time, love, and humanity, and, hopefully, inspire you to live your best life by breaking limits and making the world a better place.

1. “We’ve always defined ourselves by the ability to overcome the impossible.” — Cooper

3. “Our greatest accomplishments cannot be behind us, because our destiny lies above us.” — Cooper

4. Professor Brand: We need the bravest humans to find us a new home.

Cooper: But the nearest star is over a thousand years away.

6. “The end of the Earth will not be the end of us.” — Interstellar

8. Murphy: Why did you and mom name me after something that’s bad?

Cooper: Murphy’s Law doesn’t mean that something bad will happen. It means that whatever can happen will happen.

9. “It is hard leaving everything… my kids, your father..” — Cooper

12. “You might have to decide between seeing your children again and the future of the human race.” — Amelia

13. “Parents are the ghosts of their children’s future. I can’t be your ghost anymore Murph.” — Cooper

14. “Love is the one thing that transcends time and space. Maybe we should trust that, even if we cannot understand it.” — Dr. Brand

15. Doyle: You can’t just think about your family now. You have to think bigger than that.

Cooper: I am thinking about my family and millions of other families.”

16. “Do not go gentle into that good night; Old age should burn and rave at close of day. Rage, rage against the dying of the light.” — Professor Brand

17. “Accident is the first building block of evolution.” — Amelia

20. “This world is not so bad. you are the one who does not belong. Born forty years too early…my daughter knew it, God bless her. And your kids know it.” — Donald

21. “A machine doesn’t improvise well because you cannot program a fear of death. Our survival instinct is our greatest source of inspiration.” — Dr. Mann

23. “We have attachments. But even without a family, I can promise you that, that yearning to be with other people is powerful. That emotion is the foundation, of what makes us human.” — Dr. Mann

TARS: Absolute honesty is not always the most diplomatic nor the safest form of communication with emotional beings.

25. “Six billion people, just imagine that. and every last one of them trying to have it all.” — Donald

26. “We got this far on our brains, farther than any humans in history.” — Dr. Brand

28. Cooper: Everybody ready to say goodbye to our Solar System?

Romilly: To our galaxy.

29. “We must confront the reality that nothing in our solar system can help us…We are not meant to save the world. We are meant to leave it, and this is the mission you were trained for.” — Dr. Brand

31. “This world’s a treasure, but it’s been telling us to leave for a while now.” — Cooper

33. “If we don’t want to repeat of the excess and wastefulness of the 20th Century then we need to teach our kids about this planet, not tales of leaving it.” — Ms Hanley

More of the best Interstellar quotes and dialogues

34. “Then get out there and save them. We must reach far beyond our own lifespans. We must think not as individuals but as species. We must confront the reality of interstellar travel.” — Professor Brand

36. “When I was a kid, it seemed like they made something new everyday. Some, gadget or idea, like every day, was Christmas.” — Donald

37. “Mankind’s next step will be our greatest.” — Interstellar

38. “Newton’s third law. You gotta leave something behind.” — Cooper

39. “Maybe we’ve spent too long trying to figure this out with theory.” — Amelia

40. “Today is my birthday. And it’s a special one because you once told me that when you came back, we might be the same age. Well, now I’m the same age that you were when you left…and it’d be really great if you come back soon.” — Murphy

TARS: Yeah, you can use it to find your way back to the ship after I blow you out the airlock. [cue light flashes]

TARS: Confirmed. Self destruct in T minus 10,9…

TARS: Lower than yours, apparently.

44. “Perhaps we’ve just forgotten that we are still pioneers.” — Cooper

47. “Everybody good? Plenty of slaves for my robot colony?” — TARS

48. “You’re telling me it takes two numbers to measure your own ass but only one to measure my son’s future?” — Cooper

Which Interstellar quotes are your favorites?

Interstellar was not Christopher Nolan’s highest-grossing film. In fact, it was his sixth most successful feature, falling behind the Batman trilogy, Inception, and Dunkirk. However, despite not keeping up at the box office, Interstellar was one of the most talked-about films in 2014.

Aside from being absolutely stunning to watch, Interstellar had an emotional script that prompted the audience to think deep thoughts about existence and the future of humanity. The film taught the viewer lessons of constant change, undying persistence, and love.

We hope you enjoyed these Interstellar quotes and lines. Let us know which quote you liked best in the comments below.

5 Reasons to Never Gossip at Work

What No One Tells You About Setting Boundaries: The Good, Bad, and Ugly