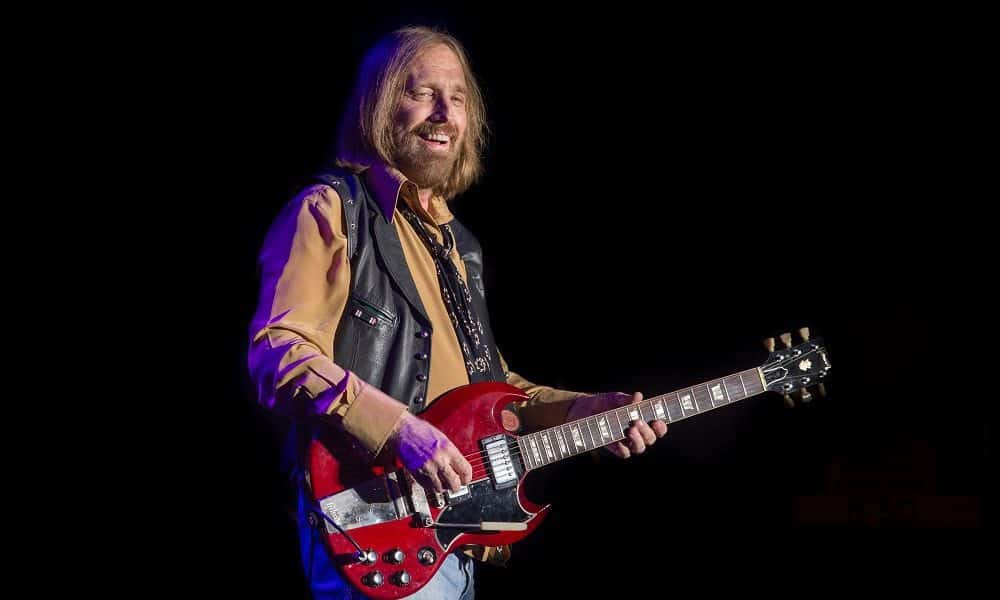 These Tom Petty quotes remind us what an icon the inspirational musician was.

Tom Petty was a legendary musician. He was the frontman of the band, Tom Petty and the Heartbreakers, released several solo albums, and collaborated with legends Bob Dylan, Roy Orbison, George Harrison, and Jeff Lynne in the band, The Traveling Wilburys.

Petty’s songs have gone down in classic rock history. He frequented Billboard’s Top 100 list, and many of his albums have become Gold and Platinum. Petty was inducted into the Rock and Roll Hall of Fame in 2002. Having released 180 singles over the span of his career, it’s extremely rare to find someone who has never heard one of his songs.

Beyond being an exceptional musician, Tom Petty was a philanthropist and contributed his time, energy, and money to make the world a better place. We hope you enjoy these Tom Petty quotes.

Don’t forget to also check out these Frank Zappa quotes from one of the greatest musicians in history.

1. “Music is probably the one real magic I have encountered in my life. There’s not some trick involved with it. It’s pure and it’s real. It moves, it heals, it communicates and does all these incredible things.” — Tom Petty

3. “I’m not any happier anywhere than when I’m in the studio. I’m over the moon about it. It keeps me young, it keeps me feeling like I have some purpose.” — Tom Petty

4. “You know, music isn’t really supposed to be perfect. It’s all about people relating to each other and doing something that’s really from the soul.” — Tom Petty

6. “It’s very easy to be cynical about the hall of fame. But on the other hand, it’s really a beautiful thing for someone like me. I dedicated my entire life to this music.” — Tom Petty

7. “If you’re phony, they will feel it in the farthest row of the arena. You have to really care. And you have to make yourself care time and time again.” — Tom Petty

8. “I have turned down a lot of money for things that would have made me feel cheesy.” — Tom Petty

9. “There used to be this real sense of community integrity in Rock. It has really eroded. Everyone seems to be on their own now.” — Tom Petty

10. “The music business looks like, you know, innocent schoolboys compared to the TV business. They care about nothing but profit.” — Tom Petty

11. “Back then it was almost like admitting that you were never going to make any money and realizing you probably were not going to have a professional life but saying, ‘This is what I love, so I’ll do this.’” — Tom Petty

12. “It’s always been great to be onstage. It’s really effortless up there. It’s not a lot of work.” — Tom Petty

13. “I think life is pretty wild; I really want to like the world, but at the same time I have to write about what I see.” — Tom Petty

14. “I always had a little routine of going into whatever room I was using at the time to write in, and just staying in there till I felt like I got a bite.” — Tom Petty

15. “I’m just trying to make good quality music, ’cause I do realize this music is going to be around much longer than me. I do know that now. If I’m gonna get it together to go make a record, I want it to be something that does feel timeless and honest.” — Tom Petty

16. “Songwriting ability is a gift. After a while, you come to realize, “I’ve really been blessed. I can write these things and it makes me happy, and it makes millions of people happy.” It’s an obligation, it’s bigger than you. It’s the only true magic I know. It’s not pulling a rabbit out of a hat; it’s real. It’s your soul floating out to theirs.” — Tom Petty

17. “I want to be successful. Not just money. Just making a successful record and a successful show. I could feel successful without selling a million records.” — Tom Petty

18. “The music has to be affordable. It’s the common man that keeps it going, and if you price it out of his realm, it becomes a thing of the elite.” — Tom Petty

19. “We’ve gotten used to not playing the same show night after night. I hope some of that feeling comes along with it, some of that freedom to explore. I’ve seen people that have been around a long time and they just fall into routine and self-parody. That’s just not where we want to wind up. We really believe in this music, this rock ‘n’ roll music that we’re playing. And we want to keep it fresh and avoid any sort of routine to it.” — Tom Petty

20. “I think we all treasure the Heartbreakers; When we actually get together and it’s the Heartbreakers there’s a sense of pride in it. And we know we’re good [laughs], so that’s something to live up to, isn’t it? Every time we go out there we want to be really great.” — Tom Petty

21. “If you’re phony, they will feel it in the farthest row of the arena. You have to really care. And you have to make yourself care time and time again.” — Tom Petty

24. “The only good thing about getting older is you get smart enough to avoid unnecessary problems. You know what’s worth spending time on and what’s not. If I had known that at 20, life would have been so much easier, but you have to experience all these things so you figure out how to find your way through the woods.” — Tom Petty

25. “Time to move on, time to get going. What lies ahead, I have no way of knowing. But under my feet, baby, grass is growing.” — Tom Petty

26. “Stay out late. Go out on a Tuesday with your friends when you have a paper due Wednesday. Spend money you don’t have. Drink ’til sunrise. The work never ends, but college does.” — Tom Petty

27. “What I’ve learned about marriage: you need to have each other’s back; you have to be a kind of team going through life.” — Tom Petty

28. “There’s something good waiting down this road. I’m picking up whatever’s mine.” — Tom Petty

29. “The only good thing about getting older is you get smart enough to avoid unnecessary problems. You know what’s worth spending time on and what’s not.” — Tom Petty

30. “If you spend a lot of time thinking about your career, you don’t have one.” — Tom Petty

31. “If you can’t take the attitude that even losers get lucky, I don’t see how you can face life.” — Tom Petty

32. “It wasn’t work for me, because I would’ve done it anyway… I just had a built-in love of what I was doing. I created my own vision of what I wanted to do. I was on a mission.” — Tom Petty

33. “We’ve all got to kind of come together if we want things to be better.” — Tom Petty

36. “But listen honey, wherever you are tonight. I wish you the best of everything in the world. And I hope you found, whatever you were looking for.” — Tom Petty

38. “I got just one life in a world that keeps on pushin’ me around. But I stand my ground and I won’t back down.” — Tom Petty

39. .”Do something you really like, and hopefully, it pays the rent. As far as I’m concerned, that’s success.” — Tom Petty

40. “Baby even the losers get lucky sometimes.” — Tom Petty

41. “Some say life will beat you down. Break your heart, steal your crown. So I’ve started out for God knows where, I guess I’ll know when I get there.” — Tom Petty

42. “Go after what you really love and find a way to make that work for you, and then you’ll be a happy person.” — Tom Petty

44. “I’ll keep this world from dragging me down. Gonna stand my ground and I won’t back down.” — Tom Petty

45. “Most things I worry about never happen anyway.” — Tom Petty

46. “I’ve learned one thing, and that’s to quit worrying about stupid things. You have four years to be irresponsible here, relax. Work is for people with jobs. You’ll never remember class time, but you’ll remember the time you wasted hanging out with your friends. So stay out late. Go out with your friends on a Tuesday when you have a paper due on Wednesday. Spend money you don’t have. Drink ’til sunrise. The work never ends, but college does…”― Tom Petty

50. “You need eagles wings to get over things that make no sense in this world.” — Tom Petty

Which Tom Petty quote inspired you the most?

Taught how to play guitar by the legendary lead guitarist, Don Felder, from the Eagles, Tom Petty went on to become a rock and roll legend himself. After a career that lasted half a century, Petty had created a reputation for himself as a talented musician who also cared about the world we live in.

He was named Person of the Year by MusiCares in 2017 for his accomplishments in music, defending artists’ rights, and the charity work he was involved in, most notably around helping the homeless in Los Angeles.

Unfortunately, Petty died before his time of an accidental drug overdose in 2017. He was 66.

Did you enjoy these Tom Petty quotes and sayings? Which quote was your favorite? Let us know in the comments below.