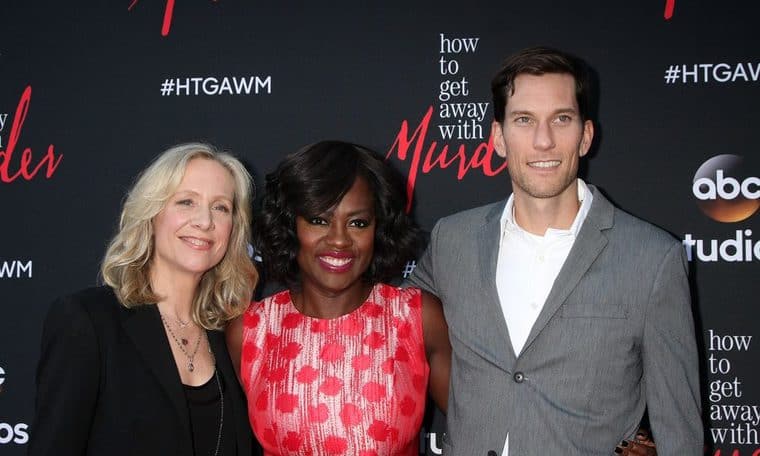 Relive your favorite moments with these How to Get Away with Murder quotes.

The series How to Get Away with Murder made its first appearance on television in 2014, starring award-winning actress Viola Davis. The story revolved around Annalise Keating, a criminal defense attorney/law professor, and the five students she chose to work as interns at her firm.

Throughout 6 seasons, Annalise and The Keating 5 experience different struggles in life. The struggle of being married, growing up in a foster family, addiction, gender identity, trauma, and struggle to have a fair society as well as its justice system.

Despite all the struggles they experienced, the characters continued to be persistent, self-aware, and brave, just as we should with our daily struggles. These How to Get Away with Murder quotes can help you face a difficult life with a brave heart.

Don’t forget to also check out these Shadow and Bone quotes that will help you gear up for the 2nd season of the show.

Quotes from How to Get Away with Murder

1. “Never take a learning opportunity away from another student. No matter how smart you need everyone to think you are.” ― Annalise Keating

3. “Choose your husband carefully, Ms. Pratt. You’ll only have yourself to blame if it ends badly.” ― Annalise Keating

4. “Speak of the devil and she shall appear.” ― Annalise Keating

5. “You call it crazy. I call it winning.” ― Annalise Keating

7. “Get me some chocolate chip cookies, I hate all this healthy food!” ― Annalise Keating

8. “I know I’m weird. People have always called me that, but I stick to myself ,and I don’t bother anyone, alright? I’m not someone who could do that, kill someone. You’re wrong about me.” ― Phillip

9. “I think about it a lot, killing myself. I have ever since I was a child. A lot of times I think the world would be a much better place without me in it. But I don’t do it. You’re a better woman than me and if I don’t deserve to die, then you definitely don’t.” ― Annalise Keating

15. “Racism is built into the DNA of America.” ― Annalise Keating

16. “Are you good for anything or can you only do your job when you’re screwing evidence out of someone?” ― Annalise Keating

17. “You want to be a better man? Then stop hating who you are and be a better Frank.” ― Annalise Keating

20. “Better to have no father than a bad one.” ― Annalise Keating

23. “Think carefully. Everything about this moment will not only determine your career, but your life.” ― Annalise Keating

25. “Take the money. Get away from all this. Or Sam’s gonna destroy your life like he’s done everyone else.” ― Frank

Tegan: “No. I think I’m in love with you, Annalise. I’ve tried to fight it, but I’m taking my mask off, too. I can not not have you in my life, because I love you.”

27. Laurel: “You know, I always hoped you two would end up together.”

Bonnie: “So you don’t hate yourself so much for abandoning him?”

Inspirational How to Get Away with Murder quotes

28. “No more hating yourself.” ― Annalise Keating

31. “You’re Annalise damn Keating. You got this.” ― Annalise Keating

32. “It’s Hannah. No way in hell she lets the world see who she really is.” ― Annalise Keating

33. “You came here to find out what happened to Sam, but guess what, we might never know, baby. And if there is any wisdom I’ve gained in my messy life, especially from your father, it’s that you have to let go of the past.” ― Vivian

34. “Hannah and Sam were desperate for each love. So they found it in each other.” ― Vivian

35. “How is it possible you still love me? You don’t even know me anymore. That’s some memory you’re in love with. Or it’s just a line to get close to my son.” ― Vivian

37. “You want to be Frank, but you’re not. You’re just destroying yourself.” ― Bonnie

Annalise: “I know. I know. But it makes me see him. And I don’t know what to do with that.”

More How to Get Away with Murder quotes and lines

42. “So pick. Who do you hate more? Me or the man who killed your father?” ― Annalise Keating

Frank: “You don’t know nothing. Otherwise, you’d understand that’s the biggest regret of my life. But I guess I’ll just have to take that out on you.”

44. “My crappy, Hartford lawyer isn’t gonna keep us out of jail.” ― Connor

45. “Listen, Robert, we’ve had some nice dates. We danced, but I’m being accused of murder. Any sane person would run for the hills.” ― Annalise Keating

47. Gabriel: “The FBI wants to take down Annalise. So they kill the guy informing against her.”

Michaela: “You don’t know what you’re talking about!”

Gabriel: “You guys could be next. I just came here to warn you.”

50. “She fought the Supreme Court for your daddy. And I know you miss him, but you’re taking your pain out on Anna Mae isn’t the answer.” ― Ophelia

Which of these How to Get Away with Murder quotes is your favorite?

The finale is a typical How to Get Away with Murder episode involving courtroom drama, huge personal confrontations, shocking discoveries, and plot twists. It will make you feel a sense of guilt, innocence, and need for reconciliation. While some scenes may be incomparable to real-life situations, the overall emotions shown by the characters are relatable and applicable to our daily lives.

Sometimes life can make you experience drama and plot twists. However, you have to remember that struggles are a part of life that will help us progress. It can also help you become braver and be a better decision-maker, just like Annalise.

Remember these How to Get Away with Murder quotes and lines when you want to feel the courage to face your struggles.

5 Reasons to Never Gossip at Work

50 Libertarian Quotes About The Party of Principle