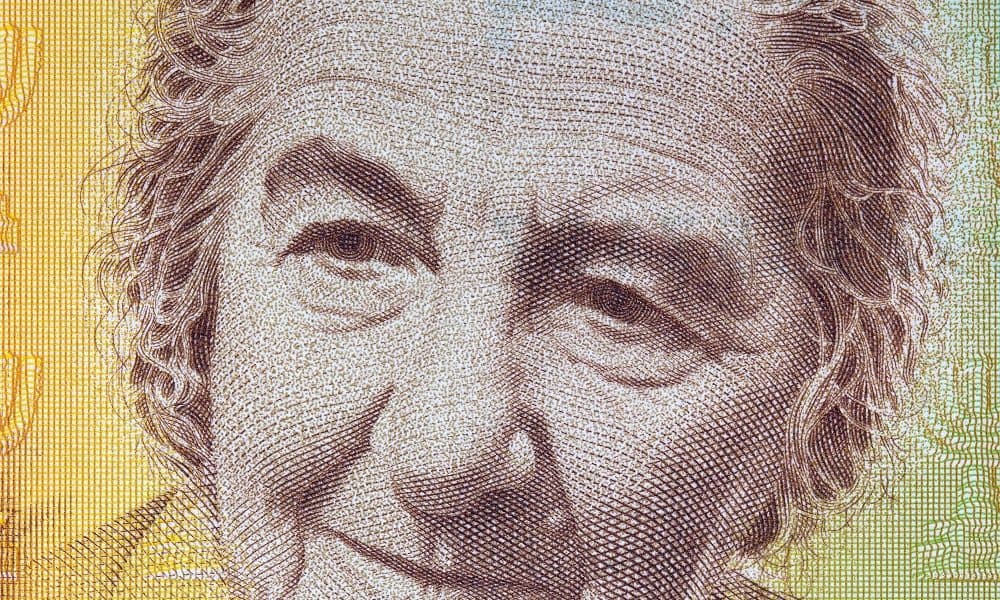 As the first and only female prime minister of Israel, Golda Meir was a powerful leader. Here are 50 of the top Golda Meir quotes.

Born in Kyiv in 1898, Meir immigrated with her family to the United States in 1906. As a child, she showed signs of being a strong leader. In school, she organized the American Young Sister’s Society and created a fundraiser to pay for their textbooks. She graduated as valedictorian of her class.

In 1921, after getting married, Mier and her husband immigrated to Palestine. They settled in a kibbutz and became her community’s representative to the General Federation of Labor. Her leadership skills would take her to the Israeli Parliament and, eventually, she would become the first female Prime Minister of Israel. Enjoy these Golda Meir quotes and sayings!

Don’t forget to also check out these Margaret Thatcher quotes about strong will and leadership.

1. “One cannot and must not try to erase the past merely because it does not fit the present.” — Golda Mier

5. “To be or not to be is not a question of compromise. Either you be or you don’t be.” — Golda Meir

7. “There can be no doubt that the average man blames much more than he praises. His instinct is to blame. If he is satisfied he says nothing; if he is not, he most illogically kicks up a row.” — Golda Meir

8. “Trust yourself. Create the kind of self that you will be happy to live with all your life.” — Golda Meir

9. “We do not rejoice in victories. We rejoice when a new kind of cotton is grown and when strawberries bloom in Israel.” — Golda Meir

11. “We only want that which is given naturally to all peoples of the world, to be masters of our own fate, not of others, and in cooperation and friendship with others.” — Golda Meir

12. “Glorious bouquets and storms of applause are the trimmings which every artist naturally enjoys.” — Golda Meir

13. “It isn’t really important to decide when you are very young just exactly what you want to become when you grow up. It is much more important to decide on the way you want to live. If you are going, to be honest with yourself and honest with your friends, if you are going to get involved in causes which are good for others, not only for yourselves, then it seems to me that that is sufficient, and maybe what you will be is only a matter of chance.” — Golda Meir

14. “There is only one thing I hope to see before I die, and that is that my people should not need expressions of sympathy anymore.” — Golda Meir

15. “We Jews have a secret weapon in our struggle with the Arabs; we have no place to go.” — Golda Meir

16. “There will be peace in the Middle East only when the Arabs love their children more than they hate Israel.” — Golda Meir

18. “Pessimism is a luxury that a Jew can never allow himself.” — Golda Meir

19. “The Egyptians could run to Egypt, the Syrians into Syria. The only place we could run was into the sea, and before we did that we might as well fight.” — Golda Meir

20. “It is not only a matter, I believe, of religious observance and practice. To me, being Jewish means and has always meant being proud to be part of a people that has maintained its distinct identity for more than 2,000 years, with all the pain and torment that has been inflicted upon it.” — Golda Meir

22. “Israel itself is the strongest guarantee against another Holocaust.” — Golda Meir

23. “The world hates a Jew who hits back. The world loves us only when we are to be pitied.” — Golda Meir

24. “Above all, this country is our own. Nobody has to get up in the morning and worry what his neighbors think of him. Being a Jew is no problem here.” — Golda Meir

25. “A leader who doesn’t hesitate before he sends his nation into battle is not fit to be a leader.” — Golda Meir

26. “I can honestly say that I was never affected by the question of the success of an undertaking. If I felt it was the right thing to do, I was for it regardless of the possible outcome.” — Golda Meir

28. “If only political leaders would allow themselves to feel, as well as to think, the world might be a happier place.” — Golda Meir

29. “Let me tell you something that we Israelis have against Moses. He took us 40 years through the desert in order to bring us to the one spot in the Middle East that has no oil!” — Golda Meir

30. “Whether women are better than men I cannot say – but I can say they are certainly no worse.” — Golda Meir

33. “Make the most of yourself by fanning the tiny, inner sparks of possibility into flames of achievement.” — Golda Meir

34. “We don’t thrive on military acts. We do them because we have to, and thank God we are efficient.” — Golda Meir

35. “Old age is like a plane flying through a storm. Once you’re aboard, there’s nothing you can do.” — Golda Meir

36. “Fashion is an imposition, a reign on freedom.” — Golda Meir

37. “There is no such thing as a Palestinian people… It is not as if we came and threw them out and took their country. They didn’t exist.” — Golda Meir

38. “Women’s liberation is just a lot of foolishness. It’s men who are discriminated against. They can’t bear children. And no one is likely to do anything about that.” — Golda Meir

39. “The Soviet government is the most realistic regime in the world – no ideals.” — Golda Meir

40. “How can we return the occupied territories? There is nobody to return them to.” — Golda Meir

42. “… from Russia I didn’t bring out a single happy memory, only sad, tragic ones. The nightmare of pogroms, the brutality of Cossacks charging young Socialists, fear, shrieks of terror …” — Golda Meir

43. “America is a great country. It has many shortcomings, many social inequalities, and it’s tragic that the problem of the blacks wasn’t solved fifty or even a hundred years ago, but it’s still a great country, a country full of opportunities, of freedom! Does it seem nothing to you to be able to say what you like, even against the government, the Establishment?” — Golda Meir

45. “I’m sure that someday children in schools will study the history of the men who made war as you study an absurdity. They’ll be shocked, just as today we’re shocked with cannibalism.” — Golda Meir

46. “We say peace and the echo comes back from the other side, war. We don’t want wars even when we win.” — Golda Meir

47. “It isn’t enough to believe in something; you have to have the stamina to meet obstacles and overcome them, to struggle.” — Golda Meir

48. “Don’t become cynical. Don’t give up hope. Don’t believe that everything is judged only by expediency. There is idealism in this world. There is human brotherhood.” — Golda Meir

49. “I don’t know why you use a fancy French word like detente when there’s a good English phrase for it – cold war.” — Golda Meir

50. “There’s no difference between one’s killing and making decisions that will send others to kill. It’s exactly the same thing, or even worse.” — Golda Meir

What did you learn from these Golda Meir quotes?

Golda Meir was a powerful leader. During World War II, she was a resilient spokesperson for the Zionist cause. She helped found the state of Israel and would later become its fourth prime minister. She was the third female in the world to serve as prime minister and she is the only female to have served in Israel.

Mier was a strong-willed, straight-talking politician and thus earned the nickname, the Iron Lady of Israel.

Did you enjoy these Golda Meir quotes and sayings? Which quote was your favorite? Let us know in the comments below.

When the Pursuit of Happiness Makes You Unhappy: Why I Stopped Chasing My Dream

: The Power of Forgiveness by Terrence Johnson ::.