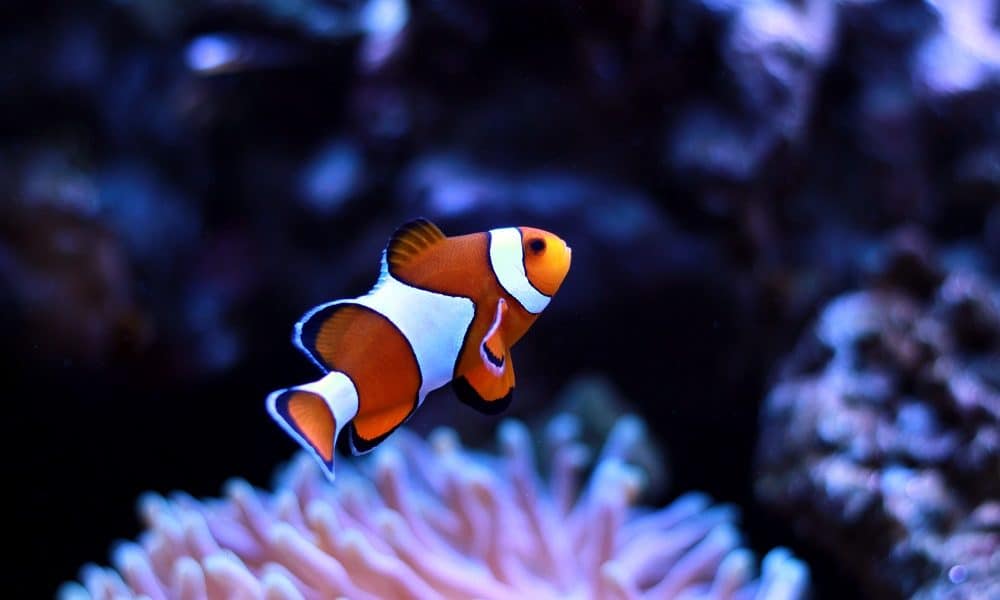 Few movies do a great job of being funny, heartfelt, and cute while also appealing to a wide range of audience demographics. But for Pixar, this seems to be their specialty.

While all Pixar movies are pretty dang quotable, one of our favorites is 2003’s Finding Nemo. I don’t know about you, but when the going gets tough, Dory’s mantra of “Just keep swimming” helps me get through the day.

Finding Nemo is overflowing with colorful characters and inspiring messages about life and family. We hope you enjoy these Finding Nemo quotes!

Don’t forget to also check out our list of The Goonies quotes about the 80s treasure hunt movie.

1. “They just gotta grow up some–THE DROP OFF?! They’re going to the drop off?! What-what-what are-what are we, INSANE?! Why don’t we just fry them up now and serve them with chips?!” — Marlin

9. “Now it’s my turn. I’m thinking of something dark and mysterious. It’s a fish we don’t know. If we ask it directions, it could ingest us and spit out our bones.” — Marlin

10. “Good afternoon. We’re gonna have a great jump today. Okay, first crank a hard cutback as you hit the wall. There’s a screaming bottom curve, so watch out. Remember: rip it, roll it, and punch it.” — Squirt

Crush: Hundred and fifty, dude, and still young. Rock on.

Cush: “Well, you never really know, but when they know, you know, y’know?”

20. “I forget things almost instantly. It runs in my family! Well I mean… at least… I think it does.” — Dory

33. “Nemo, newcomer of orange and white, you have been called forth to the summit of Mt. Wannahockaloogie to join with us in the fraternal bonds of tankhood!” — Jacques

Bruce: “Mind your distance, though. Those balloons can be a bit dodgy. You wouldn’t want one of them to pop.”

40. “How old are sea turtles? Sandy Plankton from next door, he says they live to be a hundred years old!” — Nemo

41. “I am a nice shark, not a mindless eating machine. If I am to change this image, I must first change myself.” — Bruce, Anchor, & Chum

Which Finding Nemo quote did you find the most inspiring?

Ellen Degeneres knocked the fish out of the water with her portrayal of the forgetful little blue fish, Dory. And Marlin’s love for his son Nemo is something not even Dory could forget about. There’s no doubt as to why Finding Nemo was Pixar’s most successful film up to the release of Toy Story 3 in 2010.

With memorable characters like Bruce and Crush, a heartfelt storyline about a father and son’s love, and tons of unforgettable quotes, Finding Nemo remains one of our favorite Pixar films of all time.

Which Finding Nemo quotes and lines are your favorites? Let us know in the comments below!