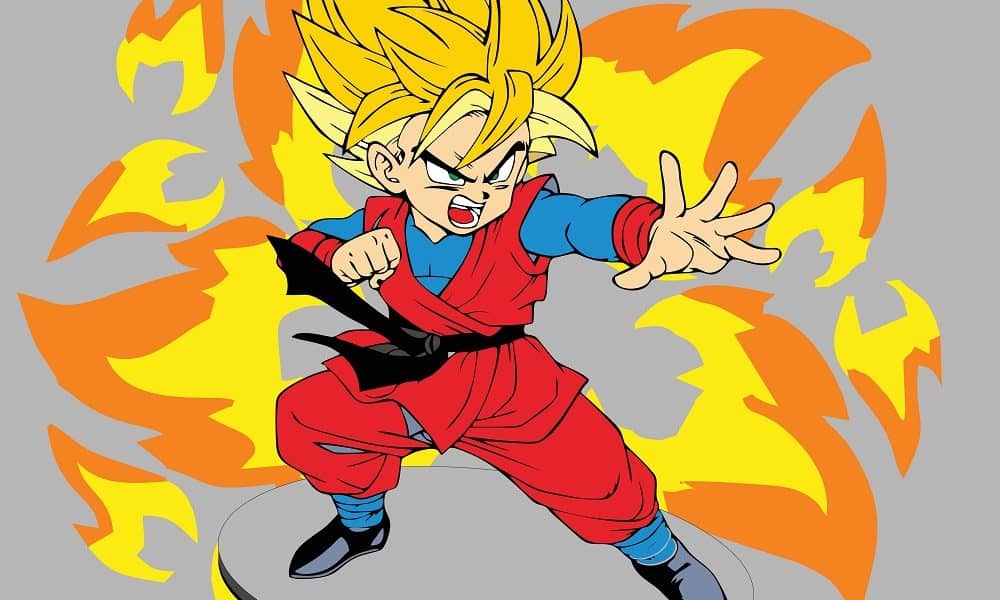 Akira Toriyama inspired the lives of thousands of kids worldwide when he created the world of Dragon Ball in 1984. Now, more than 30 years later, these Dragon Ball Z quotes will take you back to your childhood.

The show ran for nine seasons and every year the show reinforced its core theme that good will always triumph over evil.

3. “Sometimes, we have to look beyond what we want and do what’s best.” – Piccolo

4. “Death is simply another stage of our life.” — Grand Elder Guru

5. “Push through the Pain. Giving Up Hurts More.” — Vegeta

7. “I do not fear this new challenge. Rather like a true warrior I will rise to meet it.” – Vegeta

8. “The ocean is so salty because everyone pees in it.” – Goku

11. “Look Goku, you can go out in public and have your hair sticking out in every direction if you want to, but not me!” – Bulma Briefs

12. “Now all that is left is the destruction of earth, but I think it would be a waste to destroy it. The food of this planet is very delicious.” – Beerus

13. ”I have a family of my own I need to tend to. Two boys and a wife. An extremely angry wife who probably wants to kill me right now.” — Goku

14. “There are three things I cannot tolerate: cowardice, bad haircuts, and military insurrection. It is very unfortunate that our friend Vegeta possesses all three of these.” — Frieza

15. “Your new form is burning through more power than your body can supply. You should have waited until you were used to this form and knew how to regulate it before you started picking fights.” – Goku

17. “Kakarot, you’re quite impressive. I never stood a chance against Buu, you’re the only one who can fight him. I think I finally understand how a genius like myself can’t surpass you. I thought it was because you had something to protect. I thought your drive to protect allowed you to take advantage of your capabilities… this may have been a reason, but not I too have this drive. I fought to do as I wished, because it was fun to kill my enemies and feed my pride. But he’s different, he fights not to win but because he absolutely won’t lose, causing him to break his limits and he really doesn’t care who his opponent is. So when he didn’t kill me, it was because he saw I could care for others, like I do now… Go Kakarot, you’re number one!” – Vegeta

18. “He has beaten me completely. First by his own actions and then through his son’s. And what has he left for me here? How? How could you die like that? How, Kakarot? I’ll never have the chance…to prove my strength against you. You died without fear. What does that make of me? I am no warrior. And I will never fight again.” – Vegeta

19. “Where is your honor!? Like all pure-blooded Saiyans, Kakarot would rather die fighting than win with one of those disgraceful senzu beans as his crutch! Kakarot trained in the hyperbolic time chamber just as we did! Now let’s see what he can do!” – Vegeta

20. “You’re about to find out what it’s like to fight a real super saiyan… and I’m not talking about Goku.” — Trunks

21. “Even the Mightiest Warriors Experience fears. What makes them a true Warrior is the courage that they possess to overcome their fears.” — Vegeta

22. “I would rather be a brainless monkey than a heartless monster.” – Goku

23. “Gohan, you showed me that power is nothing without being guided without love.” – Piccolo

26. ”You see, when you take life, you live deep in fear that your life will be taken away as well. When you harm others, you’re only just harming yourself” — Goku

27. “Power comes in response to a need, not a desire. You have to create that need.” – Goku

29. “Even with the energy you took from me, my power is still far greater than your own.” – Piccolo

31. “First we’re the milkmen, and now we’re stinkin’ farmers. We never did this in Orin Temple.” – Krillin

32. “Nobody preaching about justice is ever a good guy.” – Beerus

33. “I am a god with a heart, but there’s one thing I cannot tolerate… people who don’t pay their proper respect to others.” – Beerus

34. “Before creation… must come destruction!” – Beerus

35. “What’s wrong Frieza? Is your brain another one of your weak and under used muscles?” – Vegeta

36. “Let me ask you. Does a machine like yourself ever experience fear?” – Vegeta

37. “There’s no such thing as fair or unfair in battle. There is only victory or in your case, defeat.” – Vegeta

38. “Are you ready now to witness a power not seen for thousands of years?” – Vegeta

39. “You may have invaded my mind and body but there is one thing a Saiyan always keeps… his pride!” — Vegeta

41. ”Maybe you’ll come back someday as…as a better person, I hope. I’d like that. Perhaps we’ll have a little one on one.” — Goku

42. ”I am the answer to all living things that cry out for peace. I am protector of the innocent. I am the light in the darkness. I am truth. Ally to good! Nightmare to you” — Goku

43. “Yamcha, I was worried about you. For all I knew, you were dead in a ditch in a country you can’t pronounce. You’ll have to make this up to me. And you’re going to enjoy it.” – Bulma Briefs

44. “You failed to protect your planet, because of your own leniency. The only way to avoid this outcome is to send Frieza back to his flower garden.” – Whis

45. “Well, I wonder what the prince would do if he knew, you authorized Planet Vegeta’s destruction from the start?” – Whis

46. “It seems Saiyans have changed since the last time I saw them. They have become cowardly.” – Beerus

47. “Anyone stronger than the god of destruction does not exist.” – Beerus

48. “I find it hard to believe that my cells are in your body. How could you have turned out so ugly? What a waste. Although, it’s obvious where you’ve gotten most of your strength.” – Vegeta

Did these Dragon Ball Z quotes take you back to the ‘90s?

Dragon Ball Z aired from 1989 to 1996, making it a core part of the millennial childhood. The Japanese anime used a combination of action, adventure, and comedy to capture the hearts of children worldwide.

Dragon Ball Z taught children the power of friendship and teamwork. It showed the importance of setting challenges for yourself and pushing yourself to reach your goals.

And it reminded children to never lose hope. These important lessons and more were reflected in the adventures of Goku and friends throughout the series’ nine-season run.

Did you enjoy these Dragon Ball Z quotes and lines? Which quote was your favorite? Let us know in the comments below!

Feel Hurt in Your Relationship? How to Get Your Needs Met and Feel Closer