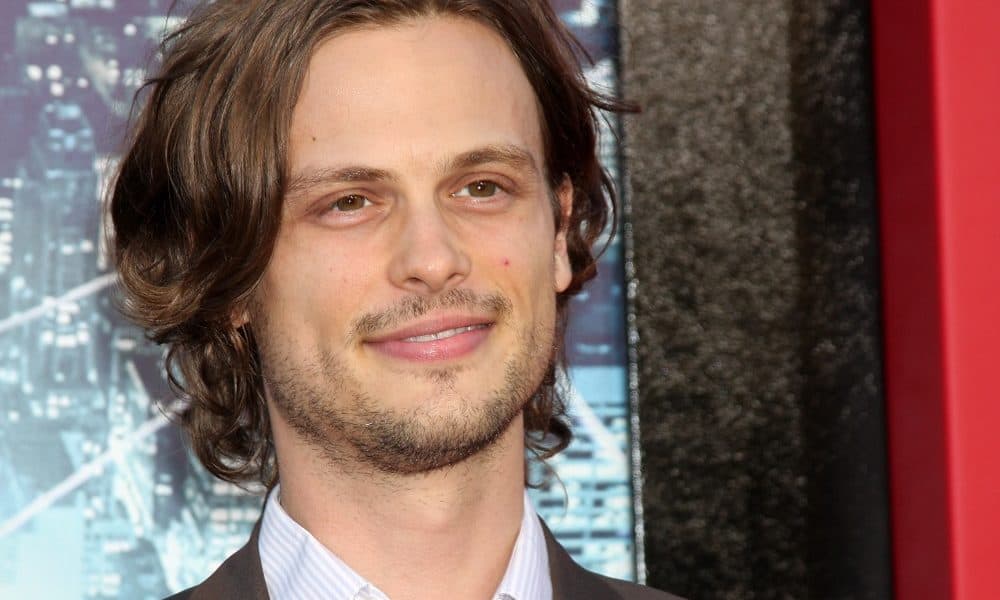 If these Dr. Spencer Reid quotes don’t convince you that he’s the best character on Criminal Minds, I don’t know what will.

A socially awkward genius with a heart of gold, Dr. Spencer Reid, played by Matthew Gray Gubler, is a special agent with the Behavioral Analysis Unit.

With the capability to read 20,000 words per minute (the average human can only read about 300 per minute!), an eidetic memory, and an IQ of 187, Reid is able to notice details that other detectives miss, allowing him to solve crimes right in the nick of time.

But it’s not just the fact that his social awkwardness makes him relatable and his IQ makes him admirable that we love him so much. It’s also his ability to come out on top of every situation the writers at CBS put him through and he still maintains his warm-hearted persona.

We’ve collected the best Dr. Spencer Reid quotes for your entertainment below. And be sure to check out our list of Matthew Gray Gubler quotes as well!

Dr. Reid quotes that show off his diverse knowledge

1. “You know, he might have Capgras syndrome. It’s a delusional disorder in which one believes that their friends and loved ones have been replaced by imposters.” — Dr. Spencer Reid

2. “Members of the Manson family left watermelon rinds at the scene of the crime and also painted panther paws on the wall in blood in the hopes of convincing authorities that the Black Panther Party was responsible.” — Dr. Spencer Reid

3. “Actually, dragging is steeped in English history. Back in the 11th century, drawing and quartering was a common form of punishment, and in fact, they would also disembowel and behead the victims when they were done with them.” — Dr. Spencer Reid

4. “The Greeks translated ‘puppets’ as ‘neurospasta,’ which literally means string-pulling. And throughout time they’ve been used as a method to tell kings a story so the subjects didn’t have to speak directly to him.” — Dr. Spencer Reid

5. “Medieval medical practitioners believed that chickens could absorb illness. They would rub the birds all over the bodies of the diseased in an attempt to rid them of their sickness.” — Dr. Spencer Reid

6. “Lobotomies are considered to be the surgery of the soul. Doctors like Walter Freeman claimed they could cure a number of mental illnesses. He believed the procedure could relieve suffering.” — Dr. Spencer Reid

7. “Although the observable universe is continually expanding, there’s really no way of knowing the whole thing is gonna ultimately collapse into one gargantuan Black Hole.” — Dr. Spencer Reid

8. “Actually, some studies indicate that men take twice as many selfies as women ’cause it’s considered to be an acceptable form of male vanity.” — Dr. Spencer Reid

9. “Contrary to popular belief, decapitation is not that easy.” — Dr. Spencer Reid

10. “Did you know that experts credit Confucius with the advent of the chopstick? He equated knives with acts of aggression.” — Dr. Spencer Reid

11. “The praying mantis can kill and eat a multitude of creatures but the most interesting fact is that oftentimes the female mantis engages in sexual cannibalism, meaning she’ll bite off the head of her mate once copulation is complete, sometimes even during intercourse, actually.” — Dr. Spencer Reid

12. “The cool thing about Halloween is that it’s a uniquely American holiday. I mean, despite its obvious origins in the Celtic festival of Samhain and the Christian All Saints’ Day, it really is a melting pot of various immigrants’ traditions and beliefs. It became a little more commercialized in the 1950s with trick-or-treat, and today it rivals only Christmas in terms of popularity.” — Dr. Spencer Reid

14. “The number of pathogens passed during a handshake is staggering. It’s actually safer to kiss.” — Dr. Spencer Reid

15. “Referring to oneself in the third person is not uncommon for an unsub. Ted Bundy gave thoroughly detailed accounts of his murders, but he never actually admitted doing any of them, he’d just say, ‘the killer.’” — Dr. Spencer Reid

16. “You know, oftentimes when a stalker’s advances are completely ignored, their erotomanic fantasies will be diverted to a more receptive target.” — Dr. Spencer Reid

17. “You’d be surprised how many killers do what they do because of their parents.” — Dr. Spencer Reid

18. “Sometimes for an artist, the only difference between insanity and genius is success.” — Dr. Spencer Reid

19. “There’s something known as the magical age, between nine and 12, when a child’s psyche is more malleable.” — Dr. Spencer Reid

20. “Hotch, repetitive thinking is a death mill for the brain. For complete brain usage, diverse stimulation is the key.” — Dr. Spencer Reid

21. “Evil can’t be scientifically defined. It’s an illusory moral concept that doesn’t exist in nature. Its origins and connotations have been inextricably linked to religion and mythology.” — Dr. Spencer Reid

22. “Depression is a vicious cycle. It frequently manifests itself in the degradation of one’s personal living environment, which in turn, fuels the depression, which then worsens the living environment.” — Dr. Spencer Reid

23. “Moral vigilantism typically has its roots in repression and guilt. This generally manifests itself in low self-esteem and self-loathing. By punishing others, the unsub may also be punishing himself.” — Dr. Spencer Reid

24. “You know, 14 is when we start to make our own musical choices. Our cognitive development evolves at that age and we start to form our own cultural identity.” — Dr. Spencer Reid

26. “You should see what comes up when you type ‘death’ into a search engine.” — Dr. Spencer Reid

28. “Actually, there aren’t that many scientific errors in Star Trek, especially considering how long ago it was made. There are certain improbabilities, but not that many outright errors.” — Dr. Spencer Reid

30. “I totally saved your life. And I’m pretty certain it was caught on tape.” — Dr. Spencer Reid

33. “That makes no sense. You can’t catch a falling star, it would burn up in the atmosphere.” — Dr. Spencer Reid

36. “Actually, it’s more like we’re looking for a needle in a pile of needles. A needle would stand out in a haystack.” — Dr. Spencer Reid

37. “Do you mind if we swing by a bookstore? I want to re-read ‘Empty Planet’ before we meet with the author. I haven’t read it since I was six.” — Dr. Spencer Reid

38. “I’m about to get naked so they can scrub me down. Is that something you really wanna see?” — Dr. Spencer Reid

39. “Hotch, I was a 12-year-old prodigy in a Las Vegas public high school. You kick like a nine-year-old girl.” — Dr. Spencer Reid

41. “Lila, believe me when I say this, I’ve never known a normal day in my entire life.” — Dr. Spencer Reid

42. “No one gets therapy these days without a healthy dose of medication.” — Dr. Specner Reid

43. “He doesn’t give a damn about black or white. The only color that son of a bitch cares about is green.” — Dr. Spencer Reid

44. “The business of incarceration is extremely lucrative and virtually recession-proof.” — Dr. Spencer Reid

45. “Well, the brain is a machine, designed to respond to stimuli. You keep the brain awake but the body immobile, it breaks down, loses its hair. After two months it eventually strokes out.” — Dr. Spencer Reid

46. “I guess now I know what a parent feels like when their kid grows up. Someone who’s depended on you for so long and then suddenly they’re off living their own life and they don’t really need you anymore.” — Dr. Spencer Reid

47. “Nothing violates one’s sense of security more than being attacked in their own home.” — Dr. Spencer Reid

50. “Arsonists are often mission-based. They need to make sure their first fire has burnt out before they set another one. They’re also highly disciplined and focused. If conditions aren’t right to set a fire or, in this case, slash a throat, they’ll move on.” — Dr. Spencer Reid

Dr. Spencer Reid was written with a tragic backstory. His father left him when he was a child and he was forced to put his schizophrenic mother in a mental institution. Because he was a child genius, he attended high school as a pre-teen and was bullied by the other kids. At one point he was stripped naked of his clothing and tied to the flag pole as a spectacle for the other students to laugh at.

His troubles didn’t stop as an adult. The Criminal Minds writer’s room continually adds tragedy to Reid’s life, including killing the love of his life in front of him. Despite these terrible heartache’s, Reid remains the kind-hearted genius we all know and love.

Did you enjoy these Dr. Spencer Reid quotes and lines? Let us know your favorite quote in the comments below.

70 Listening Quotes That Express the Importance of Listening (2021)

: Break and Move Beyond the Length of the Chains by Ty Howard ::.