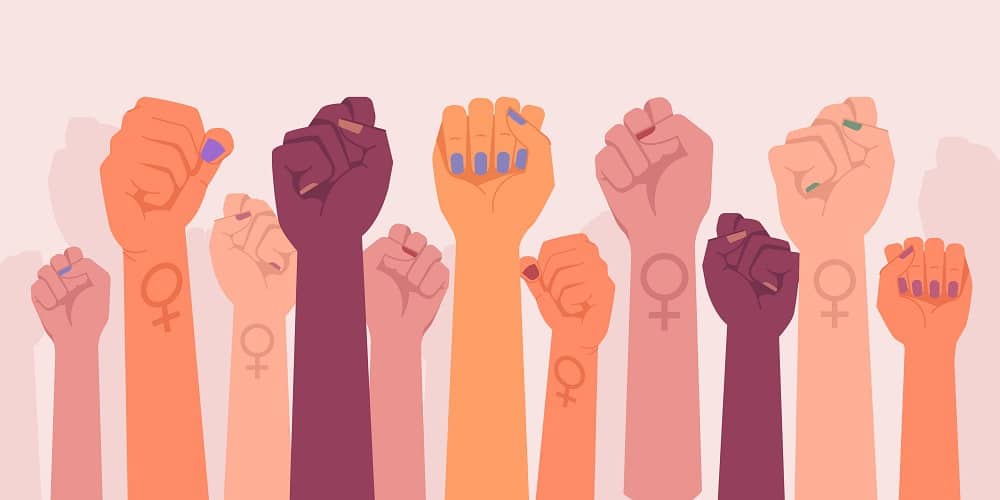 Reading through these Dorothy Day quotes will give you some insight into her thoughts about helping the poor and making the world a better place.

Dorothy May Day, an American journalist, socialist, anarchist, and activist, was born on November 8, 1897, in Brooklyn, New York. She was raised in a normal middle-class family, which consisted of her and her four siblings.

In 1904, the family moved to Oakland, California, when her father, who was a sportswriter, accepted a position with a San Francisco newspaper. Dorothy would follow in her father’s footsteps and became a writer, both for newspapers and authoring several books.

How did Dorothy Day change the world, though?

Day’s parents were Christian, but they rarely attended church. However, she always demonstrated a religious tendency; like reading the Bible frequently and attending church as a child. She also read a variety of authors that influenced her ideals on social activism. Among those were Upton Sinclair, Darwin, Spencer, Huxley, Dostoevsky, and Tolstoy.

Keep reading to learn how Dorothy, who was arrested for protesting various social issues, ended up being recommended for sainthood!

Don’t forget to also check out these Louisa May Alcott quotes from the iconic author.

Best Dorothy Day quotes about poverty and helping the poor

1. “Think what the world could look like if we took care of the poor even half as well as we do our Bibles!” ― Dorothy Day

3. “Poverty is a strange and elusive thing. I condemn poverty, and I advocate it; poverty is simple and complex at once; it is a social phenomenon and a personal matter. Poverty is an elusive thing and a paradoxical one. We need always to be thinking and writing about it, for if we are not among its victims, its reality fades from us. We must talk about poverty because people insulated by their own comfort lose sight of it.” ― Dorothy Day

4. “To feed the hungry, clothe the naked, and shelter the harborless without also trying to change the social order so that people can feed, clothe and shelter themselves is just to apply palliatives. It is to show a lack of faith in one’s fellows, their responsibilities as children of God, heirs of heaven.” ― Dorothy Day

5. “Those who cannot see Christ in the poor are atheists indeed.” ― Dorothy Day

6. “We must talk about poverty because people insulated by their own comfort lose sight of it.” ― Dorothy Day

8. “As we come to know the seriousness of the situation, the war, the racism, the poverty in our world, we come to realize that things will not be changed simply by words or demonstrations. Rather, it’s a question of living one’s life in a drastically different way.” ― Dorothy Day

10. “Love and ever more love is the only solution to every problem that comes up.” ― Dorothy Day

11. “I really only love God as much as I love the person I love the least.” ― Dorothy Day

13. “True love is delicate and kind, full of gentle perception and understanding, full of beauty and grace, full of joy unutterable. There should be some flavor of this in all our love for others. We are all one. We are one flesh in the Mystical Body, as man and woman are said to be one flesh in marriage. With such a love, one would see all things new; we would begin to see people as they really are, as God sees them.” ― Dorothy Day

14. “True obedience is a matter of love, which makes it voluntary, not compelled by fear or force.” ― Dorothy Day

15. “Communities are made up of the unlovable as well as the lovable.” ― Dorothy Day

16. “If we love each other enough, we will bear with each other’s faults and burdens.” ― Dorothy Day

17. “What else do we all want, each one of us, except to love and be loved, in our families, in our work, in all our relationships?” ― Dorothy Day

18. “Love casts out fear, but we have to get over the fear in order to get close enough to love them.” ― Dorothy Day

21. “The older I get, the more I meet people, the more convinced I am that we must only work on ourselves to grow in grace. The only thing we can do about people is to love them.” ― Dorothy Day

22. “An act of love, a voluntary taking on oneself of some of the pain of the world, increases the courage and love and hope of all.” ― Dorothy Day

23. “Our problems stem from our acceptance of this filthy, rotten system.” ― Dorothy Day

24. “When it comes to labor and politics, I am inclined to be sympathetic to the left, but when it comes to the Catholic Church, then I am far to the right.” ― Dorothy Day

25. “To me, birth control and abortion are genocide. I say, make room for children, don’t do away with them.” ― Dorothy Day

26. “We need to change the system. We need to overthrow, not the government, as the authorities are always accusing the Communists of conspiring to teach [us] to do,’ but this rotten, decadent, putrid industrial capitalist system which breeds such suffering in the whited sepulcher of New York.” ― Dorothy Day

27. “Of all the charges made against the Communists these days of congressional investigations, the charge of loose morals is seldom heard.” ― Dorothy Day

28. “If you are going to try and change things, you had better have your wits about you.” ― Dorothy Day

29. “What I want to bring out is how a pebble cast into a pond causes ripples that spread in all directions. Each one of our thoughts, words, and deeds is like that.” ― Dorothy Day

30. “No one has a right to sit down and feel hopeless. There is too much work to do.” ― Dorothy Day

31. “We have all known the long loneliness, and we have learned that the only solution is love and that love comes with community.” ― Dorothy Day

32. “There is plenty to do, for each one of us, working on our own hearts, changing our own attitudes, in our own neighborhoods.” ― Dorothy Day

33. “People, wherever they are, can make a community.” ― Dorothy Day

34. “It is people who are important, not the masses.” ― Dorothy Day

35. “The greatest challenge of the day is how to bring about a revolution of the heart, a revolution which has to start with each one of us?” ― Dorothy Day

36. “I have long since come to believe that people never mean half of what they say and that it is best to disregard their talk and judge only their actions.” ― Dorothy Day

37. “People say, “What is the sense of our small effort?” They cannot see that we must lay one brick at a time, take one step at a time.” ― Dorothy Day

Dorothy Day quotes to live by

38. “Don’t worry about being effective. Just concentrate on being faithful to the truth.” ― Dorothy Day

39. “The biggest mistake sometimes is to play things very safe in this life and end up being moral failures.” ― Dorothy Day

40. “You can spend your time agonizing or organizing.” ― Dorothy Day

41. “Turn off your radio. Put away your daily paper. Read one review of events a week and spend some time reading good books. They tell too of days of striving and of strife. They are of other centuries and also of our own. They make us realize that all times are perilous, that men live in a dangerous world, in peril constantly of losing or maiming soul and body. We get some sense of perspective reading such books. Renewed courage and faith and even joy to live.” ― Dorothy Day

42. “Food for the body is not enough. There must be food for the soul.” ― Dorothy Day

43. “Life itself is a haphazard, untidy, messy affair.” ― Dorothy Day

44. “Writing is hard work. But if you want to become a writer, you will become one. Nothing will stop you.” ― Dorothy Day

46. “My strength returns to me with my cup of coffee and the reading of the psalms.” ― Dorothy Day

47. “You see, I’m such a fool that I’m never afraid of appearing foolish.” ― Dorothy Day

48. “God meant for things to be much easier than we have made them.” ― Dorothy Day

49. “Women think with their whole bodies and they see things as a whole more than men do.” ― Dorothy Day

50. “We plant seeds that will flower as results in our lives, so best to remove the weeds of anger, avarice, envy, and doubt, that peace and abundance may manifest for all.” ― Dorothy Day

What did you learn from these Dorothy Day quotes?

Dorothy Day held a wide range of conflicting beliefs about socialism, religion, activism, and anarchy at the same time. She spent a period of time trying to discover who she was. This included a career change from journalism to nursing, and focusing on Catholocism.

Her relationship with her baby’s father ended when she got baptized in the Catholic church. Her journey of self-discovery led to some legal trouble for Dorothy Day, as well.

Her support of women’s suffrage landed her in jail. She was also imprisoned four times during the 50s for civil disobedience after protesting fighting against nuclear weapons. She also campaigned during the Black Civil Rights movement and disparaged the Vietnam War. She was arrested again for picketing for the United Farm Workers in Califonia.

Day eventually came back to her journalistic and activist roots when she started the Catholic Worker newspaper. Her goal was to spread Catholic social teachings and promote a pacifist position on wars. Her efforts sparked a movement that led to many charitable houses opening up to assist those in need.

Her life efforts and conversion story led to a recommendation for Day’s canonization by the Catholic Church in 1983. In March 2000, Pope John Paul II granted the Archdiocese of New York permission to open her cause, giving her the title “Servant of God.” The process is not complete yet, and some members of the Catholic Worker Movement have objected because the process contradicts Day’s own values and concerns. After all, she did say, “Don’t call me a saint. I don’t want to be dismissed so easily.”

What did you learn from these Dorothy Day quotes and sayings? Do you have any other favorite quotes to add? Let us know in the comment section below.

: Fight Hardest When Your Competition Is Resting! by Art Jackson ::.