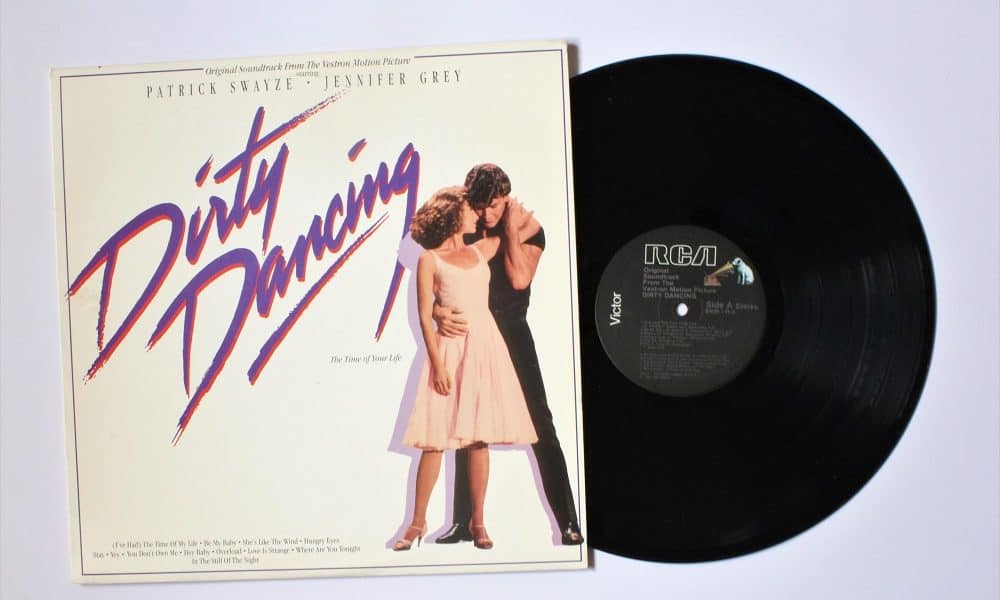 In 1987, a romantic drama starring Patrick Swayze and Jennifer Grey took the world by storm. The film, which is one of the most popular films of all time, was aptly called Dirty Dancing. By today’s standards, there is not much ‘dirty’ about any of those moves, but in the late 80s, they were considered a little risque, and definitely not something ‘decent people’ did in the 60s (when the movie was set). Especially for the upper-class crowd portrayed in Dirty Dancing. If you are wondering what some of the most famous lines are from the movie, then just keep reading through these Dirty Dancing quotes!

The movie had it all! Dancing and drama, love and betrayal, social awareness, and a little rebellion, all packaged with a ‘stick it to the man’ attitude. It was perfect and if you haven’t seen it, you really should. Here a quick recap though so these Dirty Dancing quotes make sense!

It is 1963, and Frances Houseman is on vacation with her family at Kellerman’s, an upscale Catskills resort. One night, Baby witnesses Max, the owner, and her dad’s friend, telling the servers (all Ivy League students), to flirt with guests’ daughters, no matter how unattractive.

Max is rude to the entertainment staff (working-class people), including Johnny Castle, a dance instructor. There is an instant attraction between the two when Baby and Johnny meet at a staff party. Was the chemistry between Patrick Swayze and Jennifer Grey real though? Keep reading to find out!

Don’t forget to also check out these Optimus Prime quotes from the Transformers Autobot leader.

1. “Nobody puts Baby in a corner.” — Johnny Castle

2. “You just put your pickle on everybody’s plate, college boy, and leave the hard stuff to me.” — Johnny Castle

4. “No, the-the way he saved her. I-I mean, I-I could never do anything like that. That was somethin’.” — Johnny Castle

6. “Oh, come on, ladies. God wouldn’t have given you maracas if He didn’t want you to shake ’em.” — Penny Johnson

Baby: “Frances. For the first woman in the Cabinet.”

9. “Sorry for the disruption, folks, but I always do the last dance of the season. This year somebody told me not to. So I’m gonna do my kind of dancin’ with a great partner, who’s not only a terrific dancer, but somebody who’s taught me that there are people willing to stand up for other people no matter what it costs them. Somebody who’s taught me about the kind of person I wanna be. Miss Frances Houseman.” — Johnny Castle

10. “We’re supposed to do the show in two days, you won’t show me the lifts, I’m not sure of the turns, I’m doing all this to save your ass, what I really want to do is drop you on it!” — Frances “Baby” Houseman

11. “That was the summer of 1963—when everybody called me Baby, and it didn’t occur to me to mind. That was before President Kennedy was shot, before the Beatles came, when I couldn’t wait to join the Peace Corps, and I thought I’d never find a guy as great as my dad. That was the summer we went to Kellerman’s.” — Frances “Baby” Houseman
﻿12. “Me? I’m scared of everything. I’m scared of what I saw, I’m scared of what I did, of who I am, and most of all I’m scared of walking out of this room and never feeling the rest of my whole life the way I feel when I’m with you.” — Frances “Baby” Houseman

13. “You told me you wanted me to change the world, make it better. But you meant by becoming a lawyer or an economist and marrying someone from Harvard. I’m not proud of myself, but I’m in this family too and you can’t keep giving me the silent treatment. There are a lot of things about me that aren’t what you thought. But if you love me, you have to love all the things about me, and I love you and I’m sorry I let you down. I’m so sorry, Daddy. But you let me down too.” — Frances “Baby” Houseman

16. “Yeah, tell him your ideas! He’s a person like everyone else. I’m sure he’ll think they’re great.” — Frances “Baby” Houseman

18. “They fired you anyway because of me.” — Frances “Baby” Houseman

19. “Well, then why not fight harder? Make them listen?” — Frances “Baby” Houseman

21. “You wanna hear somethin’ crazy? Last night I… I dreamed that we were walkin’ along and we met your father. He said, ‘Come on,’ and he put his arm around me. Just like he did with Robbie.” — Johnny Castle

22. “That little wimp. He wouldn’t know a new idea if it hit him in the Pachenga.” — Johnny Castle

26. “Look, I know these people, Baby. They’re all rich and they’re mean. They won’t listen to me.” — Johnny Castle

30. “The reason people treat me like I’m nothin’ is because I’m nothin’.” — Johnny Castle

31. “Very early I learned that you have to be true to yourself about what you care about – what you believe in. If you’re not, you have nothing at all. You have to listen to that bird inside that tells you what’s right.” — Johnny Castle

32. “No, no. Look, you’ve gotta understand what it’s like, Baby. You come from the streets and suddenly you’re up here, and these women, they are throwing themselves at ya, and they smell so good, and they really take care of themselves. I mean, I never knew women could be like that, you know?” — Johnny Castle

33. “I won’t tell your mother about this. Right now, I’m goin’ to bed. And take that stuff off your face before your mother sees you.” — Dr. Jake Houseman

34. “I’ve been thinkin’ about the Domino Effect. Now, if Vietnam falls, what does that mean China’s next?” — Lisa Houseman

35. “Don’t you tell me what to see! I see someone in front of me who got his partner in trouble and sent her off to some butcher, while he moved on to an innocent young girl like my daughter!” — Dr. Jake Houseman

37. Lisa Houseman: “Oh, my God. Look at that! Ma, I should have brought those coral shoes. You said I was taking too much!”

Lisa Houseman: “But the coral shoes match that dress!”

38. “Oh, come on. You don’t care about me. You wouldn’t care if I humped the entire army… as long as they were on the right side of the Ho Chi Minh Trail.” — Lisa Houseman

39. “Where is my beige iridescent lipstick?” — Lisa Houseman

Max Kellerman: [to Lisa Houseman] “And what are you gonna do, missy?”

44. Marjorie Houseman: “Look at all of this leftover food. Are there still starving children in Europe?”

45. “I didn’t spend all summer long toasting bagels just to bail out some little chick who probably balled every guy in the place.” — Robbie Gould

46. “God, I’m so sick of this rain. Remind me never to take my honeymoon at Niagara Falls.” — Lisa Houseman

47. “This is not a tragedy. A tragedy is three men trapped in a mine, or police dogs used in Birmingham.” — Dr. Jake Houseman

48. “Sure Neil. No problem. We’ll end the season with the Pachenga.” — Johnny Castle

Which of these Dirty Dancing quotes is your favorite?

The truth is that both stars talked about their frustration with the other, over the course of their careers. So the tension the audience feels is definitely there, just not in the way we interpret it!

After Johnny and Baby meet, they face a series of challenges including having to get Baby’s dad to save Johnny’s former dance partner from a botched abortion. Jake Houseman wrongfully assumes that Johnny is the father, but it’s actually Robbie, who has been trying to romance Baby’s elder sister,

The audience witnesses the tension between the stars while Johnny is trying to teach Baby the dance moves for a competition he was supposed to enter with his old partner. Their animosity for one another added so much extra heat to these scenes. Ultimately, they are discovered and Baby’s father forbids her from having anything to do with Johnny, which leads up to the most memorable line of the film, “No one puts Baby in a corner.”

It’s such a worthwhile film to watch, with a fabulous story and stellar acting, so if you haven’t watched it, carve out about two hours and give it a shot. Are you already a fan? Let us know your favorite Dirty Dancing quotes and lines in the comment section below!

50 Pinky & The Brain Quotes From The 90s Cartoon Mice