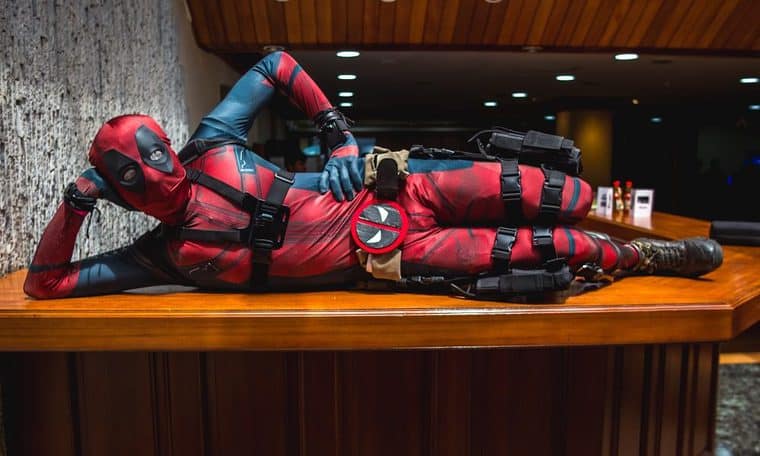 Deadpool is one of those movies that is filled with raunchy and immature humor. Each risque joke makes your inner 12-year-old boy cackle because as an adult, you don’t miss the punchline. These Deadpool quotes don’t use innuendo and are just blunt and inappropriately funny. The 2016 American superhero film is part of the Marvel comics universe.

It is the eighth film in the X-Men film series and stars Ryan Reynolds in the title role. The premise of the film is about Wade Wilson, a dishonorably discharged special forces operative, turned mercenary, turned immortal mutant antihero.

Reynolds first appeared as Deadpool in the film X-Men Origins: Wolverine in 2009. He reprised the role for the 2016 release of his character’s titular movie. The film achieved both financial and critical success, earning over $782 million against a $58 million budget. It was the ninth-highest-grossing film of 2016.

Keep reading through these Deadpool quotes to learn more about the character and upcoming installments of the action-packed film.

Don’t forget to also check out these Iron Man quotes from the Marvel icon.

3. “I’d say that you sound like an infomercial, but not a good one, like Slap Chop. More Shake Weight-y.” ― Wade Wilson

5. Weasel: “Have you decided what you’re gonna say to her?”

Weasel: “Uh, maybe not start with that.”

6. “You might be wondering why the red suit. Well, that’s so bad guys don’t see me bleed.” ― Deadpool

7. “You’re probably thinking, ‘My boyfriend said this was a superhero movie, but that guy in the red suit just turned that other guy into a fucking kebab!’ Well, I may be super, but I’m no hero.” ― Deadpool

Deadpool: “Negasonic Teenage… what the shit? That’s the coolest name ever!”

Weasel: “That’s the shit emoji. You know the turd with the smiling face and the eyes? I thought it was chocolate yogurt for so long.”

Weasel: “And killing them, I know, I saw your Instagram.”

Wade Wilson: “About why we’re so good together.”

Vanessa Carlysle: “Why is that?”

15. Wade Wilson: “We’re like two jigsaw pieces, you know, and we have curvy edges.”

Vanessa Carlysle: “But you fit them together and you see the picture on top.”

16. “Well, I want to remember us. I swear to God, I will find you in the next life and I’m going to boom-box Careless Whisper outside your window.” ― Vanessa Carlysle

17. “So am I supposed to just smile and wave you out the door?” ― Vanessa Carlysle

18. “Ha, you belong here at home. Surrounded by your Voltronand and your Bernadetter, and you and me.” ― Vanessa Carlysle

20. “I just realized something. You win. Your life is officially way more fucked up than mine.” ― Vanessa Carlysle

Vanessa: “Only if spring was death.”

Weasel: “No. You look like an avocado had sex with an older, more disgusting avocado.”

23. “Your right leg is Thanksgiving and your left leg is Christmas. Can I come and visit you between the holidays?” ― Wade Wilson

24. “Looks are everything! Ever heard Dave Beckham speak? It’s like he mouth-sexed a can of helium. You think Ryan Reynolds got this far on a superior acting method?” ― Deadpool

25. “I know, right? You’re probably thinking, ‘Whose balls did I have to fondle to get my very own movie?’ I can’t tell you his name, but it rhymes with ‘Polverine.’ And let me tell you, he’s got a nice pair of smooth criminals down under.” ― Deadpool

27. “I had another Liam Neeson nightmare. I kidnapped his daughter, and he just wasn’t having it. They made three of those movies, at some point you have to wonder if he’s just a bad parent.” ― Wade Wilson

28. “God, if I had a nickel for every time I spanked it to Bernadette Peters.” ― Wade Wilson

29. “Whatever they did to me made me totally indestructible… and completely unfuckable.” ― Deadpool

30. “Yeah, technically, this is a murder. But some of the best love stories start with a murder. And that’s exactly what this is. A love story. And to tell it right, I got to take you back too long before I squeezed this ass into red spandex.” ― Deadpool

31. “You look like the inside of other people’s assholes.” ― Weasel

32. “Star in your own horror films. Because you look like Freddy Krueger face-fucked a topographical map of Utah.” ― Weasel

Blind Al: “Yes, I know. The downside of being blind: I hear everything in this duplex.”

Deadpool quotes from Deadpool and Dopinder

34. Deadpool: “Love is a beautiful thing. When you find it, the whole world tastes like Daffodil Daydream. So you gotta hold on to love… tight! And never let go. Don’t make the same mistakes I did. Got it?”

Deadpool: “Or the whole world tastes like Mama June after hot yoga.”

Dopinder: “Yeah, sir, you called for it, remember?”

Deadpool: “Oh, that’s because it’s Christmas Day, Dopinder. And I’m after someone on my naughty list. I’ve been waiting one year, three weeks, six days, and oh, fourteen minutes to make him fix what he did to me.”

Dopinder: “Shall we turn back?”

Deadpool: “No, not time. Fuck it. I got this. Nine, Ten, eleven, twelve bullets, or bust. Right here!”

Deadpool: “I never carry a wallet when I’m working. Ruins the lines of my suit. But uh, how about a crisp high five?”

Deadpool quotes and lines about life, cancer, and being a superhero

40. “Cancer is only in my liver, lungs, prostate, and brain. All things I can live without.” ― Wade Wilson

41. “Listen, we both know that cancer is a shitshow. Like, a Yakov- Smirnoff-opening-for-the- Spin- Doctors-at-the-Iowa-State-Fair shitshow. And under no circumstances will I take you to that show. I want you to remember me, not the ghost of Christmas me.” ― Wade Wilson

44. “You don’t need to be a superhero to get the girl. The right girl will bring out the hero in you.” ― Deadpool

45. “I didn’t ask to be super, and I’m no hero. But when you find out your worst enemy is after your best girl, the time has come to be a fucking superhero.” ― Deadpool

46. The Recruiter: “What if I told you we can make you better? You’re a fighter. We can give you abilities most men only dream of. Make you a superhero.”

Wade Wilson: “You just promise me you’ll do right by me, so I can do right by someone else.”

47. “All you need now is a suit and a nickname like Wade the Wiscracker or Scaredevil, Mr. Neverdie.” ― Weasel

48. “Life is an endless series of trainwrecks with only brief commercial-like breaks of happiness.” ― Deadpool

49. “Rock, meet bottom. And when life ends up breathtakingly fucked, you can generally trace it back to one big bad decision. The one that sent you down the road to shitsburgh.” ― Deadpool

50. “Some kinds of anger can’t be managed like the kind where your year-long plane ends with the wrong guy getting dismembered. That said, when it comes time to licking wounds, there’s no place like home.” ― Deadpool

Which of these Deadpool quotes is your favorite?

Deadpool writer Gerry Duggan confirmed via Twitter, back in December 2013, that Deadpool identifies as pansexual. Co-creator Fabian Nicieza stated, “Deadpool is whatever sexual inclination his brain tells him he is in THAT moment.”

Five years later in 2018, the sequel Deadpool 2 was released, and like the first film, did not depict or reveal Deadpool as having been involved with a male. That doesn’t mean it will never happen though, and it doesn’t change the fact that Deadpool is pansexual.

Speaking of the future, Deadpool 3 is making some progress with filming scheduled to start in 2022! As of now, there is no official release date for the third installment. The only actor to have confirmed his involvement is Ryan Reynolds, so we will have to wait a little longer to see who else is going to return.

It appears that Deadpool’s girlfriend Vanessa was able to cheat death, so maybe she will be back? Or maybe it’s the perfect opportunity to pair Deadpool with someone else? What do you think is going to happen in the third film? Share your theories in the comment section below.

How to Stop Procrastinating When Things Feel Hard or Scary

40 Upton Sinclair Quotes From The American Author and Activist (2021)