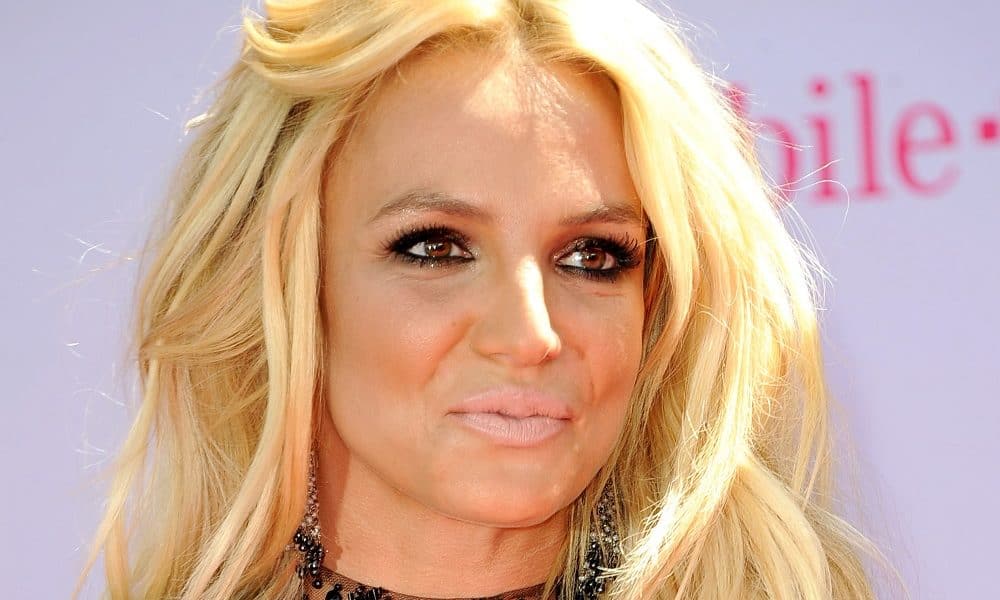 If you were a teenager in the 90s, then you are most likely familiar with Britney Spears. She is a pop culture icon, and a cautionary tale about the hardship that child stars face in the entertainment industry. She has been a performer for a long time, so it makes sense that a lot of these Britney Spears quotes reference her journey to fame.

Britney began her singing and dancing career at a young age. She began attending dance lessons in her hometown of Kentwood, Louisiana, at age 3. Spears’ stage debut happened at age five when she sang “What Child Is This?” at her kindergarten graduation. She also took part in gymnastics and voice lessons. She competed in, and won, several state-level competitions and talent shows.

They rejected her the first time she auditioned for The Mickey Mouse Club, because, at age 8, casting director Matt Casella felt she was too young. This led to her studying at the Professional Performing Arts School and moving to New York. Two years later she earned a spot on The Mickey Mouse Club, along with Christina Aguilera, Justin Timberlake, Ryan Gosling, and Keri Russell. Most of us 90s kids can remember those famous names singing M-I-C-K-E-Y M-O-U-S-E!

Shortly after that, Britney began her solo career. It was incredibly successful until it became apparent that she was under extreme stress and suffering from some personal demons. The world realized just how much Britney was hurting during her infamous 2007 breakdown. Keep reading these Britney Spears quotes to hear some of her own words during that trying time.

Don’t forget to also check out these Summer Walker quotes from the music industry sensation.

1. “With love, you should go ahead and take the risk of getting hurt because love is an amazing feeling.” ― Britney Spears

2. “Love is love! People should be able to do whatever makes them happy!” ― Britney Spears

3. “I believe in the fairy tale… Love is a hard one. I don’t really understand love as far as relationships. With my kids, it’s just unconditional, and that’s hard to find. It takes two people just loving each other a lot. Unfortunately, I haven’t been given that in a really long time. I’m not really the person to ask what it takes to get married, but personally, for me, it’s about loving each other and communicating right, and being respectful and more honest.” ― Britney Spears

4. “When you go through heartbreak, you just do the things that get you by. Eventually, you realize it’s about making the most of life.” ― Britney Spears

5. “I’m attracted to guys who are really confident and make conversation.” ― Britney Spears

6. “When people get too personal, it bothers me. But I’m not ashamed at all to say that I love him from the bottom of my heart. As far as love is concerned with him, too much is not enough. He’s everything.” ― Britney Spears

7. “When you’re really comfortable with someone you love, the silence is the best. And that’s how me and J are. When we’re in a room, we don’t have to say anything. It’s for real.” ― Britney Spears

9. “Bottom line: If you love yourself, it will all work out.” ― Britney Spears

10. “I’ve never really wanted to go to Japan. Simply because I don’t like eating fish. And I know that’s very popular out there in Africa.” ― Britney Spears

15. “Snake update: I’ve heard she’s alive and well, and that her name is Banana! This makes me smile.” ― Britney Spears

16. “The cool thing about being famous is traveling. I have always wanted to travel across seas, like to Canada and stuff.” ― Britney Spears

17. “If I was to pick a cartoon character I am most like, I would say Daisy Duck because she is very stubborn, she has a very feminine sense, and she knows what she likes.” ― Britney Spears

18. “Sundance is weird. The movies are weird — you actually have to think about them when you watch them.” ― Britney Spears

19. “I can’t go anywhere without someone judging me.” ― Britney Spears

20. “Whoever is in the spotlight, people are really quick to judge. I mean, there are a lot of kids coming up who’ve experienced that. You know, Justin Bieber, he’s huge, and he experiences that. It’s just the way the world works, unfortunately.” ― Britney Spears

22. “I think with anybody who’s doing well in the public eye or whatever, there’s always gonna be a shift because people don’t wanna see somebody happy all the time. And they’re gonna try to take shots at people.” ― Britney Spears

23. “I was so under scrutiny. If a hair was out of place, I’d be so anxious. I would get very anxious about so many things.” ― Britney Spears

24. “Traveling around the world is really strenuous for me, being in a different bed every night, flying and everything.” ― Britney Spears

26. “It’s important to learn to say no. With tours and all of that stuff, there are so many aspects that go into it, it’s easy to have so many people around you saying, ‘Oh yes, yes, you can afford this, you can afford this,’ and then all of the sudden you’ve spent $20 million on your stage, and you’re like, ‘Where’s my money?’” ― Britney Spears

28. “I just sing what I’m feeling at the time and hope my fans will like that and appreciate that.” ― Britney Spears

Insightful Britney Spears quotes about who she is

29. “I definitely like to go out and dance. I’m a big vibe person when it comes to music, so a song really has to make me feel a certain way in order for me to fall in love with it.” ― Britney Spears

30. “I don’t allow anybody to change me. I still walk outta my house in rollers and I take walks. I do not care what people think.” ― Britney Spears

31. “I think it’s an okay thing to express yourself.” ― Britney Spears

32. “I have my relationship with God and myself, and that’s what matters to me. I really don’t care what most people think.” ― Britney Spears

33. “I don’t like going out. I hate clubs. I hate being around too many people. I love my home and staying in bed and watching ‘Dancing With the Stars’ or reading a Danielle Steel novel.” ― Britney Spears

34. “Every night, I have to read a book so that my mind will stop thinking about things that I stress about.” ― Britney Spears

35. “When I’m under stress, I do yoga. It’s when I’m happiest that I have a problem with junk food.” ― Britney Spears

36. “I always wanted to be a singer, it’s what I wanted to do since I was little. I’m doing it now and I couldn’t be happier.” ― Britney Spears

38. “Onstage I’m the happiest person in the world.” ― Britney Spears

39. “I wish my hair was thicker, and I wish my feet were prettier. My toes are really ugly. I wish my ears were smaller. And my nose could be smaller too.” ― Britney Spears

40. “For me, success is a state of mind. I feel like success isn’t about conquering something; it’s being happy with who you are.” ― Britney Spears

Britney Spears quotes and sayings about staying true to herself

45. “Whereas before I was a young, blonde girl who would do what she was told. I know who I am as a person and I’m getting damn strong.” ― Britney Spears

46. “I have no regrets. I find everything happens for a reason, and the reason why maybe this is happening is I won’t take BS from anyone. And I think it’s making me stand out on my own and be very independent and fight for what I believe in.” ― Britney Spears

47. “I have to live my life. I have a family and I just think it’s absurd to let other people influence the way you live.” ― Britney Spears

50. “I’m a hometown girl, and my personality at home is the opposite of the performer in me.” ― Britney Spears

What did you learn from these Britney Spears quotes?

Britney shaved her head, started saying some weird things, and the world kind of watched like the looky-loos who crane their necks to watch a car wreck. We couldn’t seem to help ourselves, as the ‘Princess of Pop’ seemed to unravel in the most public way. However, in hindsight, what Britney needed was some love and support as she was undergoing deeply personal challenges with little privacy and empathy.

She witnessed several physical fights between her parents when she was a child and was understandably traumatized. She was suffering from anxiety and mental health issues exacerbated by the pressure of fame. They prescribed her medicine, but she didn’t take it as often as she needed to. She also underwent a public breakup and subsequent divorce from Kevin Federline.

She also lost custody of her kids because of her erratic behavior and was involuntarily placed under a conservatorship. Life hasn’t been easy for Britney since, as she continues to battle the legal system and get herself removed from the conservatorship, which is controlled by her father. This sparked a Free Britney movement on social media, with fans worried once again about her health.

One thing that fans haven’t had to worry about is Britney’s musical talents, as she has had some successful gigs, including a Las Vegas residency, and records in the years since. Hopefully, Britney will come out of this ok and reclaim her life on her terms.

What did you learn from these Britney Spears quotes and lyrics? Do you have any other favorite quotes to add? Let us know in the comment section below.

50 ‘Master Of None Quotes’ That Are Totally Relatable

50 James Joyce Quotes from One of the Finest Novelist