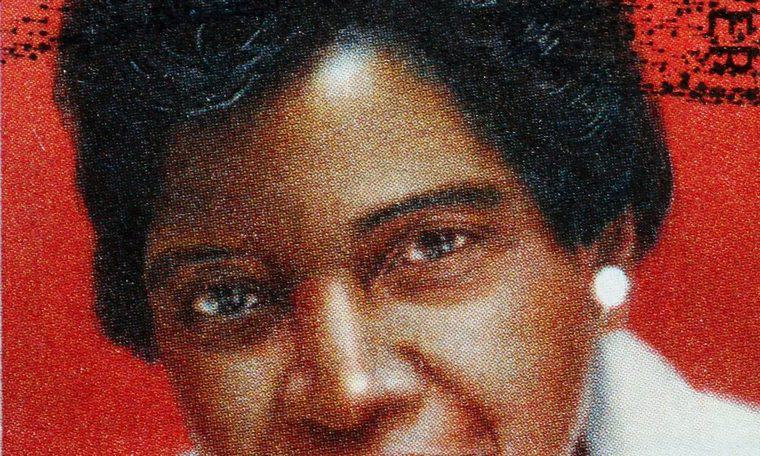 These Barbara Jordan quotes reveal so much more about who she was.

Barbara Jordan is an iconic lawyer, educator, and politician. But what is she best known for? Her accomplishments are many, and frankly, quite impressive and history-making.

In 1976, she was the first African-American (and the first woman) to deliver a keynote address at the Democratic National Convention. She even made history after her death, when she was the first black woman to be buried in the Texas State Cemetery.

Jordan was much more than just a list of “firsts;” she was a freedom pioneer and constitutional protector. On July 25, 1974. she delivered a 15-minute televised speech to the members of the U.S. House Judiciary Committee. This opening speech was given during the impeachment proceedings against Richard Nixon and is often called to be one of the greatest speeches of 20th-century American history.

Her staunch defense of the constitution did not go unnoticed, as she touted the importance of the checks and balances system. Her clever and subtly worded rebuke of President Nixon showed her intelligence and patriotism, as she argued that the trust Americans had in their government would forever be broken.

Keep reading for some eloquent Barbara Jordan quotes and sayings about America, ethics, and even policy matters.

Don’t forget to also check out these Shirley Chisholm quotes on standing up for your beliefs.

Barbara Jordan quotes on the Constitution and America

1. “What the people want is very simple – they want an America as good as its promise.” ― Barbara Jordan

2. “But this is the great danger America faces. That we will cease to be one nation and become instead a collection of interest groups: city against suburb, region against region, individual against individual. Each seeking to satisfy private wants.” ― Barbara Jordan

3. “I felt somehow for many years that George Washington and Alexander Hamilton just left me out by mistake. But through the process of amendment, interpretation, and court decision, I have finally been included in ‘We, the people.’” ― Barbara Jordan

4. “We have made mistakes. In our haste to do all things for all people, we did not foresee the full consequences of our actions. And when the people raised their voices, we didn’t hear. But our deafness was only a temporary condition and not an irreversible condition.” ― Barbara Jordan

5. “We have a positive vision of the future founded on the belief that the gap between the promise and reality of America can one day be finally closed. We believe that.” ― Barbara Jordan

6. “Let there be no illusions about the difficulty of forming this kind of a national community. It’s tough, difficult, not easy. But a spirit of harmony will survive in America only if each of us remembers that we share a common destiny.” ― Barbara Jordan

7. “Our concept of governing is derived from our view of people. It is a concept deeply rooted in a set of beliefs firmly etched in the national conscience of all of us.” ― Barbara Jordan

8. “Let each person do his or her part. If one citizen is unwilling to participate, all of us are going to suffer. For the American idea, though it is shared by all of us, is realized in each one of us.” ― Barbara Jordan

9. “The citizens of America expect more. They deserve and they want more than a recital of problems.” ― Barbara Jordan

10. “Let’s all understand that these guiding principles cannot be discarded for short-term political gains. They represent what this country is all about. They are indigenous to the American idea. And these are principles which are not negotiable.” ― Barbara Jordan

11. “There is no executive order; there is no law that can require the American people to form a national community. This we must do as individuals and if we do it as individuals, there is no President of the United States who can veto that decision.” ― Barbara Jordan

13. “I never intended to become a run-of-the-mill person.” ― Barbara Jordan

14. “The imperative is to define what is right and do it.” ― Barbara Jordan

15. “Think what a better world it would be if we all, the whole world, had cookies and milk about three o’clock every afternoon and then lay down on our blankets for a nap.” ― Barbara Jordan

19. “I believe that women have a capacity for understanding and compassion which man structurally does not have, does not have it because he cannot have it. He’s just incapable of it.” ― Barbara Jordan

20. “There is no obstacle in the path of young people who are poor or members of minority groups that hard work and preparation cannot cure.” ― Barbara Jordan

21. “I really do not have much interest in being a symbol.” ― Barbara Jordan

Wise Barbara Jordan quotes about education and other advice

22. “Do not call for black power or green power. Call for brainpower.” ― Barbara Jordan

23. “Education remains the key to both economic and political empowerment.” ― Barbara Jordan

24. “What we have to do is strike a balance between the idea that government should do everything and the idea, the belief, that Government ought to do nothing. Strike a balance.” ― Barbara Jordan

25. “It is reason, and not passion, which must guide our deliberations, guide our debate, and guide our decision.” ― Barbara Jordan

27. “Just remember the world is not a playground but a schoolroom. Life is not a holiday but an education. One eternal lesson for us all: to teach us how better we should love.” ― Barbara Jordan

28. “Let us heed the voice of the people and recognize their common sense. If we do not, we not only blaspheme our political heritage, we ignore the common ties that bind all Americans.” ― Barbara Jordan

29. “How do we create a harmonious society out of so many kinds of people? The key is tolerance — the one value that is indispensable in creating community.” ― Barbara Jordan

30. “If you are dissatisfied with the way things are, then you have got to resolve to change them.” ― Barbara Jordan

31. “I live a day at a time. Each day I look for a kernel of excitement. In the morning, I say: ‘What is my exciting thing for today?’ Then, I do the day. Don’t ask me about tomorrow.” ― Barbara Jordan

32. “One thing is clear to me: We, as human beings, must be willing to accept people who are different from ourselves.” ― Barbara Jordan

Barbara Jordan quotes about the past, present, and future

35. “For all of its uncertainty, we cannot flee the future.” ― Barbara Jordan

36. “We are a party of innovation. We do not reject our traditions, but we are willing to adapt to changing circumstances when change we must. We are willing to suffer the discomfort of change in order to achieve a better future.” ― Barbara Jordan

37. “A government is invigorated when each of us is willing to participate in shaping the future of this nation.” ― Barbara Jordan

38. “In other times, I could stand here and give this kind of exposition on the beliefs of the Democratic Party and that would be enough. But today that is not enough. People want more.” ― Barbara Jordan

39. “We cannot improve on the system of government handed down to us by the founders of the Republic. There is no way to improve upon that. But what we can do is to find new ways to implement that system and realize our destiny.” ― Barbara Jordan

40. “We are a people trying not only to solve the problems of the present: unemployment, inflation… but we are attempting on a larger scale to fulfill the promise of America.” ― Barbara Jordan

41. “Throughout our history, when people have looked for new ways to solve their problems, and to uphold the principles of this nation, many times they have turned to political parties. They have often turned to the Democratic Party.” ― Barbara Jordan

42. “A nation is formed by the willingness of each of us to share in the responsibility for upholding the common good.” ― Barbara Jordan

43. “We call ourselves public servants but I’ll tell you this: we as public servants must set an example for the rest of the nation. It is hypocritical for the public official to admonish and exhort the people to uphold the common good.” ― Barbara Jordan

44. “One thing is very clear: Illegal immigrants are not entitled to benefits.” ― Barbara Jordan

45. “For our immigration policy to make sense, it is necessary to make distinctions between those who obey the law, and those who violate it.” ― Barbara Jordan

46. “The arts, instead of quaking along the periphery of our policy concerns, must push boldly into the core of policy. The arts are a response to our individuality and our nature and help to shape our identity. The arts are not a frill and should not be treated as such. They have the potential to become the driving force for healing division and divisiveness.” ― Barbara Jordan

47. “Things that matter cost money, and we’ve got to spend the money if we do not want to have generations of parasites rather than generations of productive citizens.” ― Barbara Jordan

48. “Our concept of governing is derived from our view of people. It is a concept deeply rooted in a set of beliefs firmly etched in the national conscience of all of us.” ― Barbara Jordan

49. “Fairness is an across-the-board requirement for all our interactions with each other… Fairness treats everybody the same.” ― Barbara Jordan

50. “We believe in equality for all, and privileges for none. This is a belief that each American regardless of background has equal standing in the public forum, all of us. Because we believe this idea so firmly, we are an inclusive, rather than an exclusive party. Let everybody come.” ― Barbara Jordan

What did you learn from these Barbara Jordan quotes?

Barbara Jordan’s speech centered on the founding fathers and their caution against abusing power earned Jordan national attention and praise for her understanding and application of morals and wisdom.

However, she was instrumental in several progressive acts of legislation including the Community Reinvestment Act of 1977. The law required banks to lend and make services available to typically denied poor and minority communities.

She also went against the Texas governor and secretary of state when she defended the Voting Rights Act of 1965. The legislation covered language minorities extending voting protection to Hispanics in Texas. She also wrote legislation that ended federal authorization of price-fixing by manufacturers.

She worked hard during her time as a Congresswoman, sponsoring (or cosponsoring) over 300 bills or resolutions. Several of them are still laws today! Her contributions didn’t stop there, though.

From 1994 until her death in 1996, which was because of pneumonia complications, Jordan chaired the U.S. Commission on Immigration Reform. She was only 59 when she died, which means she would have been in her 80s, during our current political environment. I wonder what her contributions would have looked like?

What do you think Barbara Jordan’s most significant contribution to the future she spoke about was? Do you have any other favorite Barbara Jordan quotes and sayings to add? You can let us know in the comment section below.

35 Terminator Quotes from the Iconic Franchise