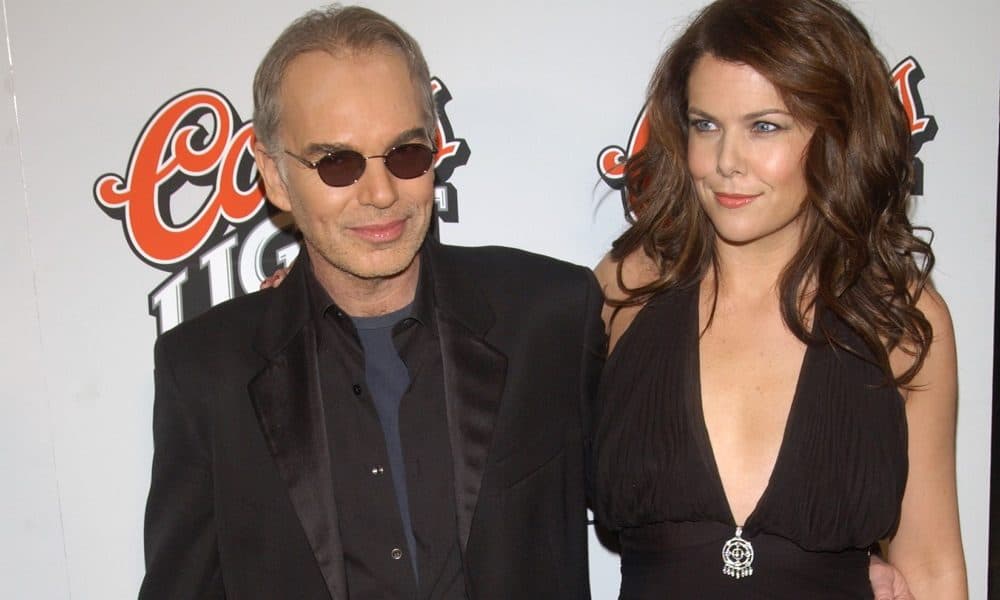 Unfiltered Bad Santa quotes from the most vulgar of Christmas movies.

While not on the list of classic Christmas movies to watch during the holiday season, Bad Santa makes its mark as a Christmas movie you’ll never forget. Directed by Terry Zwigoff, this Raunchy film depicts Santa like you’ve never seen him before.

Willie, played by Billy Bob Thornton, and his assistant Marcus (Tony Cox) are thieves who pose as Christmas characters to commit their petty crimes. These two have quite the lip and don’t hold anything back.

This isn’t a Christmas movie that you want to gather your family and children around to watch together. You’ll see what we mean here in these Bad Santa quotes…

1. “Why don’t you wish in one hand, and shit in the other. See which one fills up first.” – Willie

5. “No, I’m an accountant. I wear this f*cking thing as a fashion statement, alright?” – Willie

8. “I hope that you got my present and that there wasn’t too much blood on it.” – Willie

11. “You are by far the dumbest, most pathetic piece of maggot eatin’ shit that has every slid from a human being’s hairy ass.” – Marcus

18. “You’re as queer as a ten-dollar bill.” – Hindustani Troublemaker

23. “In case you didn’t notice, I’m a motherf*cking dwarf. So unless you got a forklift handy, maybe you should lend a hand, hmm?” – Marcus

26. “It won’t happen again. I can promise you that. Willie here has low blood sugar. That’s all.” – Marcus

27. “Yeah? Where? You see us [midgets] hanging off of f*cking trees like f*cking crab apples?” – Marcus

29. “Jesus Christ! Can you maybe at least keep it together for just 10 minutes?” – Marcus

31. “Jesus, Mother Mary, and Joseph. You pissed yourself!” – Marcus

32. “The world ain’t fair. You’ve gotta take what you need when you can get it. You’ve gotta learn to stand up for yourself.” – Willie

33. “Before you do something stupid you might want to think about this shit.” – Willie

35. “Well they say he can get into anything. Anything. They say he’s been in Margaret Thatcher’s p*ssy.” – Willie

36. “I beat the shit out of some kids today. But it was for a purpose. It made me feel good about myself. It was like I did something constructive with my life or something. I don’t know. Like I accomplished something.” – Willie

37. “I’ve been to prison once, I’ve been married – twice. I was once drafted by Lyndon Johnson and had to live in shit-ass Mexico for 2 1/2 years for no reason. I’ve had my eye socket punched in, a kidney taken out and I got a bone-chip in my ankle that’s never gonna heal. I’ve seen some pretty shitty situations in my life, but nothing has ever sucked more ass than this!” – Willie

40. “I’ve always had a thing for Santa Claus. In case you didn’t notice. It’s like some deep-seeded childhood thing.” – Sue

Which of these Bad Santa quotes is your favorite?

As you can see, this may not be the Christmas movie you’ll pick for your family movie night, but it just might make you laugh when you’re in the mood for some adult humor. Nothing is off-limits when it comes to this movie so be careful who you’re watching it with.

Believe it or not, an unrated version of the film was released in 2004 with dialogue that pushes the limits on dark and dirty humor. There is also a sequel, Bad Santa 2. These films will just keep surprising you. If you enjoy the more traditional Christmas movie, skip watching this one.

Did you enjoy these Bad Santa quotes and lines? Which of the quotes is your favorite? Let us know in the comment section below.

: Getting and Staying Motivated as a Teen by Ty Howard ::.