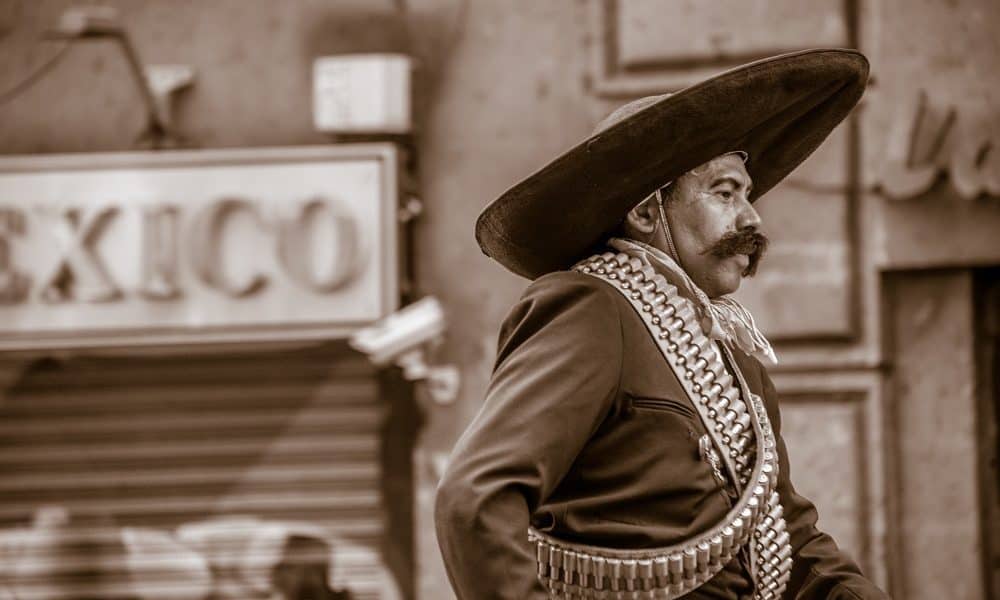 These Pancho Villa quotes from a prominent figure in the Mexican Revolution will remind you of the importance of freedom and democracy.

General Pancho Villa was an important leader in the Mexican Revolution in the early 20th century. In addition to achieving military victories that helped lead to the expulsion of Victoriano Huerta from the presidency, Villa managed to set himself up with a global reputation as a military hero.

Hollywood created a deal with Villa that they would film his movements during the revolution and 50% of the profits would be paid in support of the revolution. This, in addition to giving interviews to foreign journalists like John Reed, gave Villa the reputation as an international war hero.

Don’t forget to also check out these Che Guevara quotes to ignite your revolutionary spirit.

1. “I am not an educated man. I never had an opportunity to learn anything except how to fight.” — Pancho Villa

2. “You, sir, have destroyed the revolution. It’s simple: this bunch of dandies have made a fool of you, and this will eventually cost us our necks, yours included.” — Pancho Villa

3. “Humble people like me fight for justice and for better luck.” — Pancho Villa

4. “The brutality and uncouthness of many of the revolutionary leaders has not prevented them from becoming popular myths. Villa still gallops through the north, in songs and ballads; Zapata dies at every popular fair.” — Pancho Villa

6. “My sole ambition is to rid Mexico of the class that has oppressed her.” — Pancho Villa

7. “When the new republic is established, there will be no more army in Mexico.” — Pancho Villa

8. “Companions of arms and lords. Do not believe that the one who is going to speak to them is a philosopher, I am a man of people, but you will understand that these men when they speak, speak with the heart.” — Pancho Villa

9. “The country must be governed by someone who really loves his people and his land, who shares wealth and progress. I have all that, only that I am ignorant” — Pancho Villa

10. “Men will not forget that Pancho Villa was loyal to the cause of the people.” — Pancho Villa

11. “I, Pancho Villa, was a loyal man that destiny brought the world to fight for the good of the poor and that I will never betray nor forget my duty.” — Pancho Villa

12. “It is just that we all aspire to be more, but also that we all make use of our actions.” — Pancho Villa

14. “[Politicians] spend their time discussing nonsense and stealing money that belongs to the people.” — Pancho Villa

15. “Armies are the greatest supports of tyranny.” — Pancho Villa

16. “There can be no dictator without his army.” — Pancho Villa

17. “You Americans don’t take off your hats when you come to my headquarters, do you?” — Pancho Villa

19. “What else is there for the rich to do, If not to relieve the poor of their misery?” — Pancho Villa

20. “If I could bring that about today by giving up my life, I would do it gladly.” — Pancho Villa

What did you learn from these Pancho Villa quotes?

In 1920, Pancho Villa was assassinated by a group of seven gunmen. While running an errand in a nearby town close to his ranch, the gunmen fired 40 rounds into Villa’s car. Nine dumdum bullets, which are usually used for hunting large game, hit Villa in the head and killed him instantly.

After his death, Villa was excluded from the official narrative of the revolution, which, naturally, gained him even more acclaim. He was celebrated in films and novels about his life, long after his death.

Did you enjoy these Pancho Villa quotes and sayings? Which quote was your favorite? Let us know in the comments below.

90 Paulo Coelho Quotes About Love, Life and The Alchemist